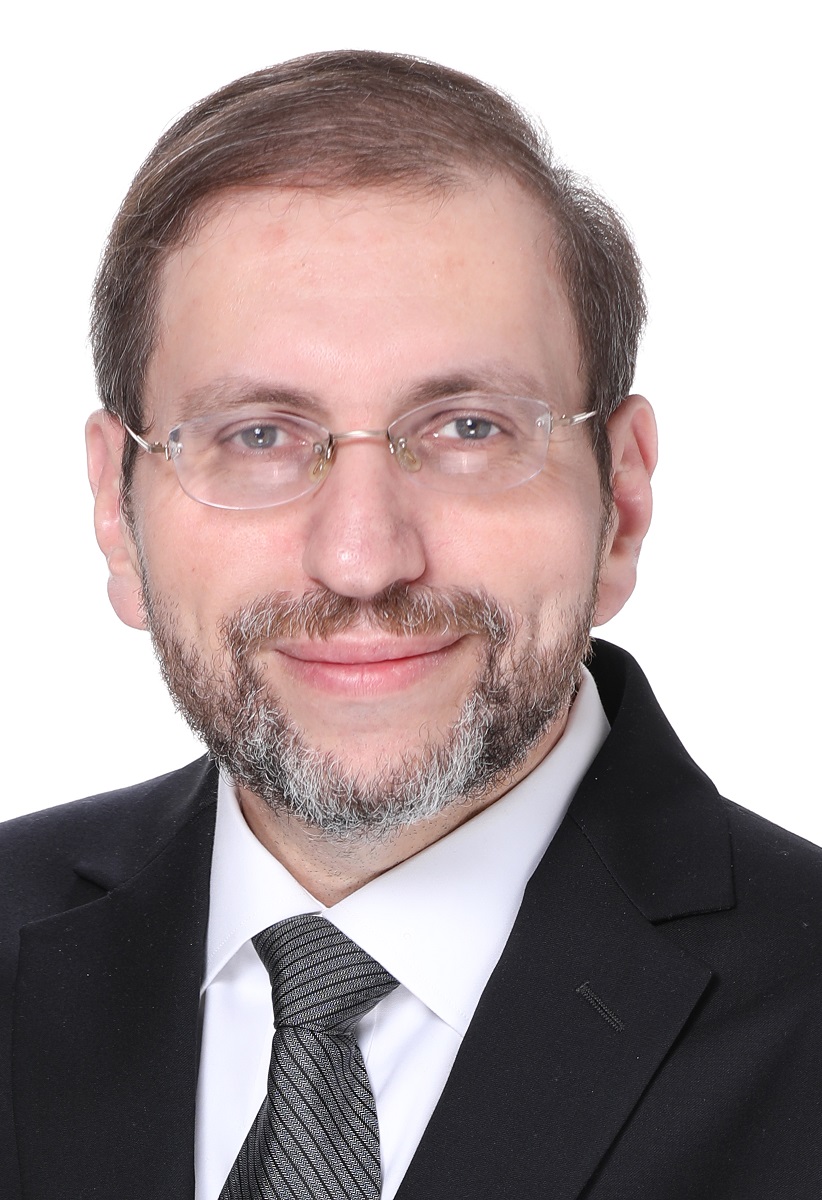 Felix's practice focuses on the defense of class and representative actions. 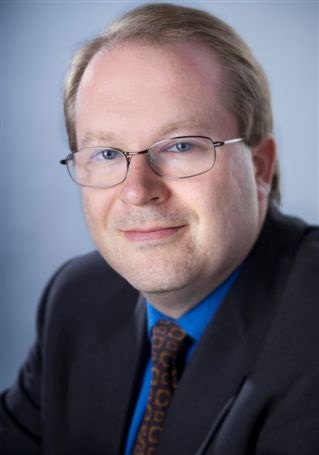 Jeremy was previously nominated to the U.S. District Court for the Central District of California.

For nearly half a century, courts nationwide have recognized that a "ministerial exception" -- grounded in the religion clauses of the First Amendment -- bars the application of employment laws to religious organizations' ministerial employees. In Hosanna-Tabor Evangelical Lutheran Church and School v. EEOC, 565 U.S. 171 (2012), the U.S. Supreme Court embraced this exception, endorsing lower court decisions that assessed whether employees qualified as "ministers" by examining whether the employees performed religious functions.

However, the Supreme Court granted certiorari in Biel and Morrisey-Berru. The high court's decision in Our Lady of Guadalupe School v. Morrissey-Berru, 140 S. Ct. 2049 (2020), reversed the 9th Circuit's abandonment of the functional approach, and Morrissey-Berru II therefore eviscerates the Su decision too.

For years, lower courts decided whether employees were ministers under the ministerial exception by looking to whether the employees performed religious functions.

The Supreme Court's ratification of the ministerial exception in Hosanna-Tabor endorsed many of these decisions, but did not expressly reference this functional approach. Rather, the court concluded the employee there -- a "called" teacher who taught kindergarten and fourth grade at a Lutheran school -- was clearly a ministerial employee given the presence of four factual considerations: (1) her formal title; (2) her use of that title; (3) the substance behind her title; and (4) her important religious functions. Hosanna-Tabor, 565 U.S. at 190-92.

Justice Samuel Alito, joined by Justice Elena Kagan, wrote separately to stress that "courts should focus on the function performed by persons who work for religious bodies." Id. at 198 (Alito, J., concurring). He noted that this "functional consensus has held up over time," and emphasized that Hosanna-Tabor "should not be read to upset this consensus." Id. at 203-04.

Subsequently, most jurisdictions -- including several federal circuit courts and state supreme courts -- followed Justice Alito's instruction and the common practice of courts before Hosanna-Tabor: focusing on whether the "objective functions" performed by employees "are important for the autonomy of any religious group," such as "teaching and conveying the tenets of the faith to the next generation." Id. at 200 (Alito, J., concurring).

Departing from this clear consensus, the 9th Circuit held that employees must have something besides an important religious function for the ministerial exception to apply.

In Biel v. St. James School, a divided 9th Circuit panel held that a Catholic school teacher who taught religion to fifth graders was not a minister because she did not sufficiently resemble Hosanna-Tabor's Lutheran school teacher. The 9th Circuit acknowledged that, like the Lutheran teacher, the plaintiff in Biel "taught religion in the classroom." 911 F.3d at 609. But the court declined to read Hosanna-Tabor as requiring the application of the ministerial exception "based on this shared characteristic alone." Id. Biel emphasized that the plaintiff had none of the "credentials, training, or ministerial background" from Hosanna-Tabor, nor did she have a religious title or "consider[] herself a minister." Id. at 608-09.

Subsequently, applying Biel, the 9th Circuit held that another Catholic teacher who taught religion but lacked formal ministerial characteristics was not covered by the exception because "an employee's duties alone are not dispositive under Hosanna-Tabor's framework." Morrissey-Berru I, 769 F. App'x at 461. As with Biel, the 9th Circuit acknowledged that this teacher had "significant religious responsibilities," such as directing a performance by her students during the school's annual Easter celebration. Id. But the court declined to apply the ministerial exception given that she "did not have any religious credential, training, or ministerial background" aside from a single course in the history of the Catholic Church. Id.

In Su, the California labor commissioner brought wage-and-hour claims on behalf of teachers against a preschool operated by a Jewish temple. The trial court ruled that the teachers were ministers and thus the ministerial exception barred the suit.

The Court of Appeal reversed, holding that the teachers were not ministerial employees because they lacked a formal title, did not undergo extensive religious education, and did not represent themselves as ministers. 32 Cal. App. 5th at 1167.

Although the court acknowledged the teachers were charged with "teaching Jewish rituals, values, and holidays, leading children in prayers, celebrating Jewish holidays, and participating in weekly Shabbat services," it held that the ministerial exception could not cover them "based on this factor alone." Id. at 1168. The panel reasoned that "while the teachers may play an important role in the life of the Temple," "a minister is not merely a teacher of religious doctrine." Id.

The court also stressed the fact that not all the teachers were Jewish. Even though Judaism allows non-Jews to perform religious functions -- as explained by the undisputed declaration from the temple's highest ecclesiastical authority -- the court nonetheless categorically determined that when employees "are not members of the Temple's religious community or adherents to its faith ... they are not its ministers." Id. at 1168.

The panel noted that its "conclusion [was] consistent with the Ninth Circuit's recent decision in Biel." Indeed, Biel was the only post-Hosanna-Tabor appellate decision relied on by Su, which rejected the majority functional approach that continued to govern outside the 9th Circuit with a "but see" citation. Id. at 1169 (rejecting the 7th Circuit's application of the ministerial exception to a Jewish teacher).

The Supreme Court rejects such efforts to abandon the functional approach

Beyond reversing the only post-Hosanna-Tabor appellate decision -- Biel -- on which Su relied, the Supreme Court directly contradicted Su's core reasoning, holding that function alone can suffice to show a worker is a ministerial employee. The Supreme Court explained: "What matters, at bottom, is what an employee does." Id. at 2064. What's more, Morrissey-Berru II expressly rejected the notion -- relied on by Su -- "that an employee can never come within the Hosanna-Tabor exception unless the employee is a 'practicing' member of the religion with which the employer is associated." Id. at 2068.

Thus, in the context of religious education, "[w]hen a school with a religious mission entrusts a teacher with the responsibility of educating and forming students in the faith, judicial intervention into disputes between the school and the teacher threatens the school's independence in a way that the First Amendment does not allow." Id. at 2069. Under this rule, the preschool teachers in Su -- who were employed by a wholly religious institution and transmitted Jewish religion and practice to the next generation -- would no doubt qualify as ministerial employees.

Notably, the same Jewish temple that had been a defendant in Su filed an amicus brief in Morrissey-Berru II, urging the Supreme Court to reject the non-functional approach adopted by the 9th Circuit and California Court of Appeal.

During the Morrissey-Berru II oral argument, counsel for the defendant Catholic schools pointed to this amicus brief in response to an inquiry from Chief Justice John Roberts concerning the applicability of the ministerial exception to non-Catholic teachers. And during the same argument, Justice Brett Kavanaugh quoted from this amicus brief for the proposition that "'Jewish schools ha[d] fared markedly worse'" under the 9th Circuit's non-functional formulation of the ministerial exception.

Consequently, the same concerns that the temple had aired in Su played a central role in the Supreme Court's decision to overturn the non-functional approach adopted by the 9th Circuit, which Su had followed. Although no court has yet expressly overruled Su, the intervening Morrissey-Berru II decision shows that courts and litigants should no longer rely on Su. See Kimberly A. Gaab and Sarah Church Reese, California Practice Guide: Civil Procedure Before Trial, Claims and Defenses ¶ 13.272.1 (Rutter Group 2020) (cautioning against relying on Su after Morrissey-Berru II). 

Can PAGA claims be dismissed for lack of manageability?