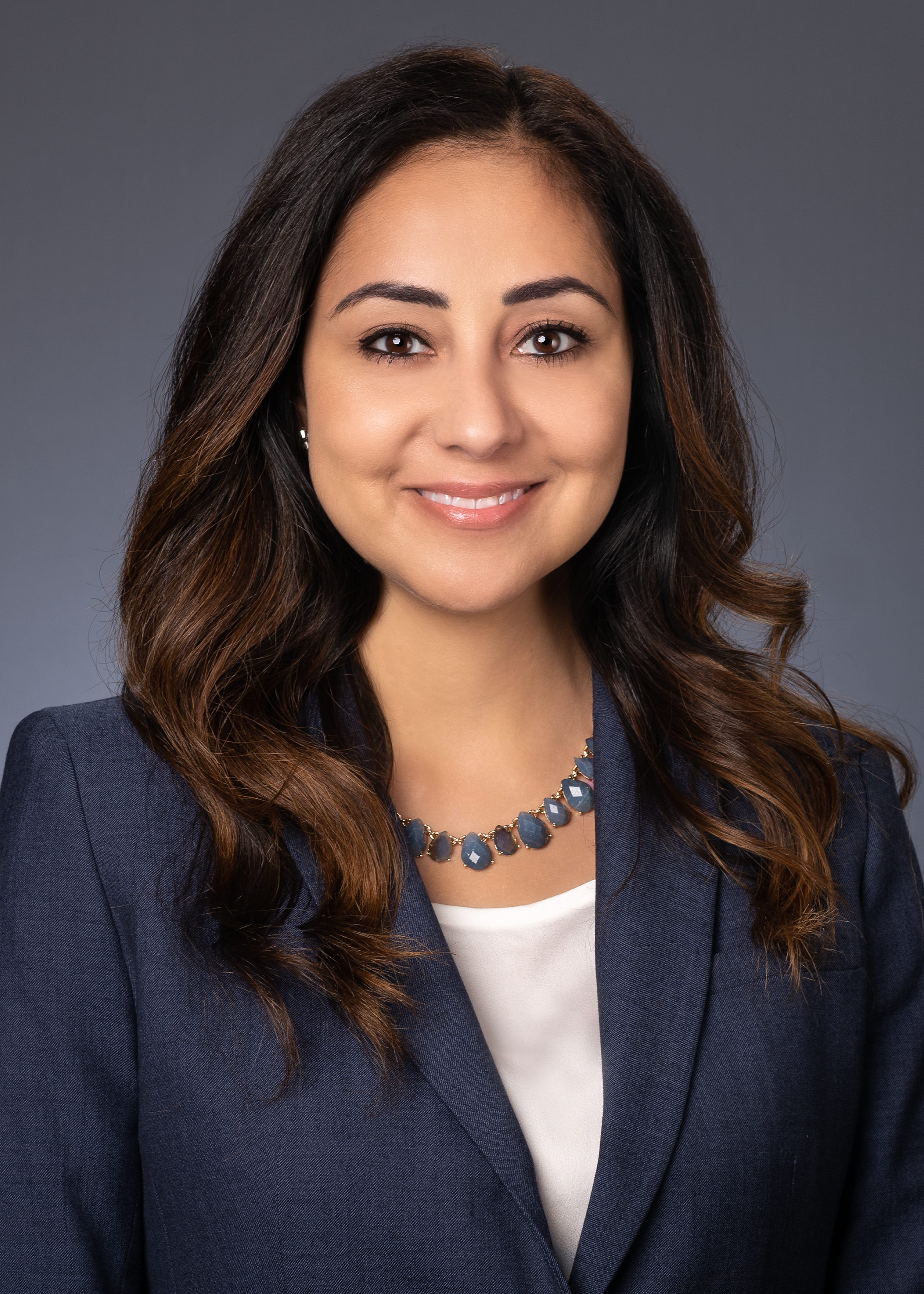 Arezoo is a certified specialist in appellate law by the State Bar of California Board of Legal Specialization and leads the firm's Appellate Practice Group. She is also a member of the General Liability and Transportation Law practice groups. 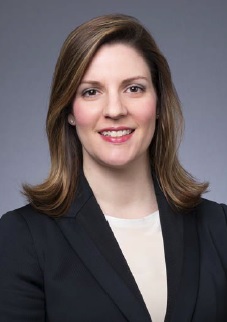 Elizabeth is a member of the firm's General Liability & Professional Liability Practice Groups.

Los Angeles County Superior Court just announced its Bench Trial Pilot Program directed toward personal injury cases assigned to the PI Hub at Spring Street Courthouse, and it is not hard to see that this program may be the future for many courthouses as they struggle with increasing backlogs of civil cases to be tried. But how does that affect a trial attorney's strategy, especially when planning ahead for potential appellate issues? The rise of bench trials necessarily brings with it new concerns for preserving the right to appeal. Whereas appeals from a jury trial are often concerned with jury instructions or verdict forms, appeals from a bench trial, unsurprisingly, generally involve some ruling by the judge, either before or during trial. Here is a quick introduction to the Los Angeles County Bench Trial Pilot Program and some tips for preserving appellate issues in a bench trial.

Until Nov. 1, 2021, the parties of cases assigned to the Los Angeles County Superior Court Personal Injury Hub can request to have their case heard as a bench trial by completing an online form that includes the stipulation of all parties and a representation that the case will be ready for trial in 60 days. Once completed, the form is submitted to Department 1 in Stanley Mosk and the case will be assigned to a civil trial department within 60 days for a final status conference and bench trial. Bench trials may be completed in person as well as remotely.

It is worth noting that although other courts may not have designated bench trial programs, many supervising civil judges have indicated that their departments are also welcoming bench trials and a stipulation will get the case into trial much sooner than a jury trial.

Tip One: Perfect the Statement of Decision

Arguably, the most important steps in preserving appellate issues in a bench trial is to timely request a statement of decision and ensure the statement addresses any and all factual and legal issues that might be raised on appeal. The statement of decision is essentially the verdict form for a bench trial and is another way in which the appellate court is informed of the basis for the trial court's factual findings and legal conclusions.

The timeliness of requesting a statement of decision depends on the length of the trial. If the trial is completed in one calendar day or within eight hours or less over several days, a request must be made before the matter is submitted for decision. Cal. Rules of Court, Rule 3.1590(n). For trials lasting longer than that, a request must be made within 10 days after the court announces or serves the tentative decision, whichever is later. Cal. Rules of Court, Rule 3.1590(d); Code Civ. Proc. Section 632.

Any party affected by the statement of decision may serve and file objections to the statement. Code Civ. Proc. Section 634. The objections should be specific and address omitted or ambiguous findings on critical issues. Ibid. Failure to timely object on these grounds waives the right to make such a claim on appeal. Fladeboe v. American Isuzu Motors Inc., 150 Cal. App. 4th 42, 59-60 (2007) ("If the party challenging the statement of decision fails to bring omissions or ambiguities in it to the trial court's attention, then, under Code of Civil Procedure section 634, the appellate court will infer the trial court made implied factual findings favorable to the prevailing party on all issues necessary to support the judgment, including the omitted or ambiguously resolved issues").

Tip Two: Get a Court Reporter and Make the Clearest Record Possible

Standards of review are important to consider when setting up trial court rulings for appeal as they may dictate how to approach an issue and whether a court reporter is vital. There are three primary standards of review in any state court appeal.

De Novo: For pure questions of law, the appellate court considers the issue anew and without consideration of how the trial court ruled. Scott v. Common Council, 44 Cal. App. 4th 684, 689 (1996). In a bench trial, de novo review is applied in reviewing duty of care and contract or statutory interpretation, among other things.

Substantial Evidence: The substantial evidence standard of review applies to any factual dispute. SFPP v. Burlington Northern & Santa Fe Ry. Co., 121 Cal. App. 4th 452, 462 (2004). "When a civil appeal challenges findings of fact, the appellate court's power begins and ends with a determination of whether there is any substantial evidence -- contradicted or uncontradicted -- to support the trial court findings." Schmidt v. Superior Court, 44 Cal. App. 5th 570, 582 (2020). If there is substantial evidence in support of the trial court's decision, the appellate court has no power to substitute its deductions. Ibid.

Importantly, both the substantial evidence and abuse of discretion standards almost always require a court reporter's transcript in order for the appellate court to reverse the trial court's ruling. In re Estate of Fain, 75 Cal. App. 4th 973, 992 (1999) ("Where no reporter's transcript has been provided and no error is apparent on the face of the existing appellate record, the judgment must be conclusively presumed correct as to all evidentiary matters. To put it another way, it is presumed that the unreported trial testimony would demonstrate the absence of error"). Especially for a bench trial, the transcript is key to establishing the trial court's rationale on every decision made during the course of the trial and also avoiding waiver of issues that were not briefed. This underscores the need for the trial attorney to not only be prepared to put all objections on the record, but also to make sure that the court's reasoning is captured on the record as well.

Whereas a jury trial relies on the varying levels of legal knowledge and experience of several different individuals, a bench trial is focused on presenting information to an experienced jurist: the judge. This provides an opportunity for the trial attorney to present more complex arguments than he or she otherwise might have and to take the time to brief those issues for the court. Rather than relying on oral argument of a complex legal matter, taking the time to explain in writing a particular issue is a major benefit to a bench trial and should not be overlooked in the rush of trial. The attorney has the opportunity to present law and facts directly to the decision-maker and to explain in writing why he or she should win that point.

Furthermore, although the trial judge may be the only one hearing the case, he or she may have a research attorney or law clerk who is working behind the scenes to help the judge make decisions. This research attorney or law clerk may not be able to hear the arguments, but instead may be relying on information relayed from the judge or contained in the transcript. Briefing issues will put your carefully selected points of law and fact that most favorably support your argument right in front of the decision-maker. It will also alleviate some legwork that might have otherwise been required of the court. It also gives the appellate court briefings to review as opposed to relying on the transcript, another key benefit to taking the time to brief issues.

Tip Four: Consider Retaining an Appellate Attorney Before One Is Necessary

While jury trials may be familiar territory for the experienced trial attorney, a bench trial can present new and unexpected situations, especially when it comes time for post-trial review. These tips will be useful for avoiding common pitfalls for the unwitting lawyer and successfully preserving an issue for appeal. 