Third-party discovery in arbitration: Be careful what you ask for 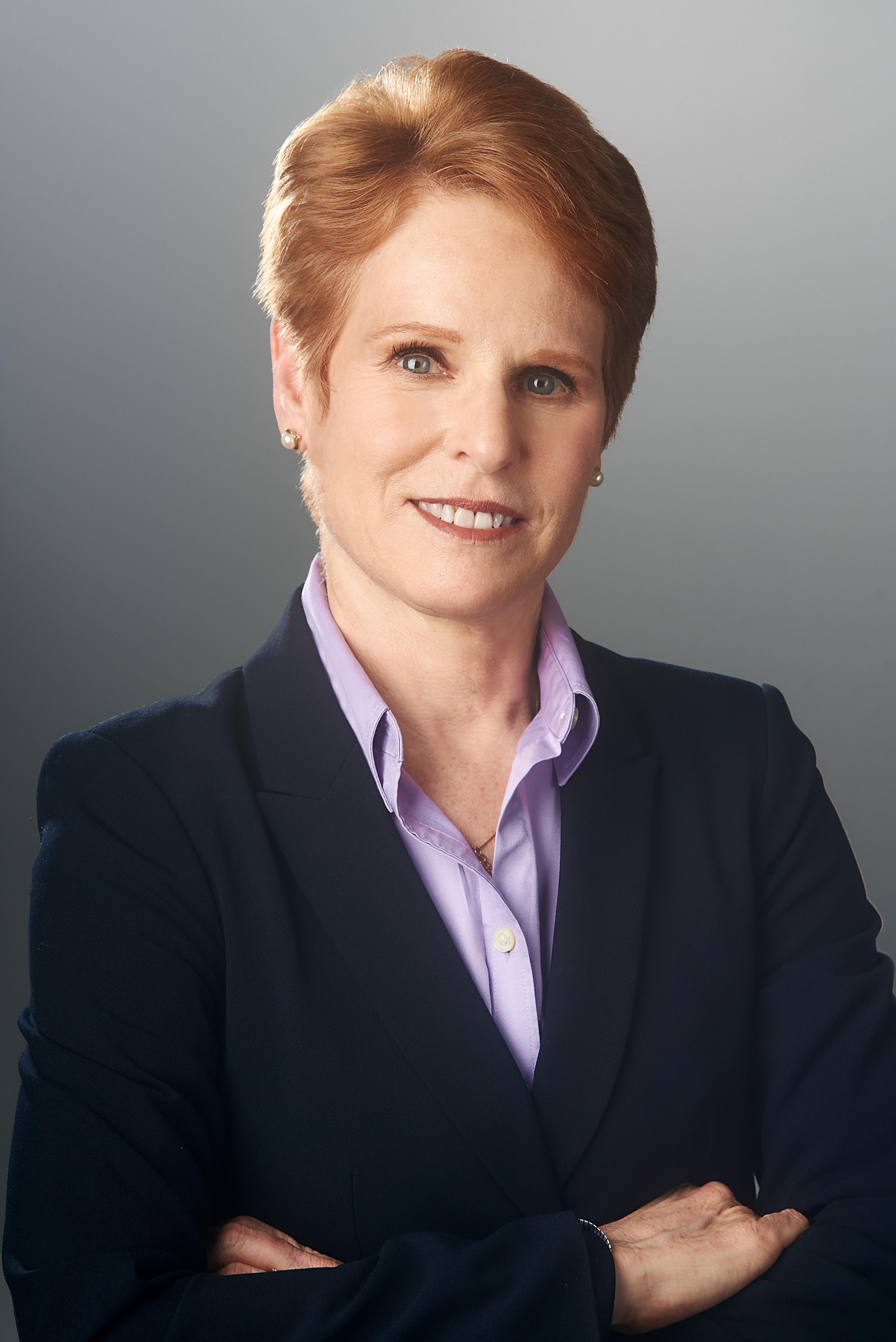 Amy is an arbitrator, mediator and discovery referee for employment and commercial litigation matters. She is available through the AAA and privately. She wishes to thank Arbitrator Dana Welch for sharing her practical insights.

The repercussions of Aixtron, Inc. v. Vecco Instruments, Inc., 52 Cal. App. 5th 360 (2020), which limited the authority of arbitrators to issue discovery subpoenas, have taken shape over the past year.

In Aixtron, Vecco Instruments sued a former employee for breach of a confidentiality agreement, breach of the duty of loyalty, and conversion, including data theft. Vecco did not sue the employee's new employer, Aixtron -- a competitor. After demanding arbitration pursuant to an arbitration agreement, Vecco requested a prehearing discovery subpoena directed to Aixtron for documents and the production of digital devices the employee had used. Despite the employee's objection, the arbitrator found that he had the authority under JAMS Employment Arbitration Rule 21 to order issuance of third-party subpoenas for discovery purposes.

Aixtron objected to the subpoena in the arbitration and then filed a special proceeding in superior court seeking judicial review. Aixtron argued that an arbitrator in a private arbitration that does not incorporate the broad discovery rights conferred by California Code of Civil Procedure Section 1283.05 by statute or agreement has no authority under the Federal Arbitration Act or the California Arbitration Act to compel nonparty discovery. The superior court permitted the subpoena to issue.

The arbitration agreement in Aixtron provided that, "any claim or controversy arising out of my employment ... shall be settled by binding arbitration, in accordance with the rules of the National Rules for Resolution of Employment Disputes of the American Arbitration Association ... The arbitrator shall have the power to award any type of legal and/or equitable relief available in a court of competent jurisdiction, including, but not limited to, the costs of arbitration and attorney's fees, to the extent such damages are available under law." The agreement did not expressly incorporate Section 1283.05. (The parties later stipulated to utilize the JAMS Employment Rules.)

Since the agreement failed to specify whether the FAA or the CAA applied, the Court of Appeal analyzed the right to discovery under both statutes. It followed the 9th U.S. Circuit Court of Appeals' decision in CVS Health Corp. v. Vividus, LLC, 878 F.3d 703 (9th Cir. 2017), and ruled that the FAA does not grant arbitrators the power to compel discovery from third parties. Rather, the FAA Section 7 gives arbitrators only two powers: (1) to compel the attendance of persons to appear as witnesses at the hearing and (2) to compel such persons to bring relevant documents to the hearing.

The appellate court expanded upon Berglund v. Arthroscopic Laser Surgery Center of San Diego, LP, 44 Cal. 4th 360, 386-88 (2008), ruling that: (1) the superior court's orders were final, appealable orders and (2) nonparties to an arbitration are entitled to full judicial review of any adverse discovery orders issued by an arbitrator, since such review is necessary to protect the legal rights of nonparties who had 'not consented to arbitration and consequently have not agreed to the finality of arbitrator decisions."

Turning to the CAA, the appellate court rejected the argument that the authority to issue subpoenas conferred on the arbitrator by Section 1282.62 authorized third-party discovery generally. The court noted that the applicable statutory authority for conducting discovery in arbitration cases is found in Sections 1283.1 and 1283.05. Section 1283.05 confers relatively broad rights to discovery in arbitration, authorizing discovery "as if the subject matter of the arbitration were pending before a superior court." Importantly, this statutory grant of authority is subject to the limitation that depositions and discovery as provided in Section 1283.05 are permitted only to the extent provided in Section 1283.1. Brock v. Kaiser Foundation Hospitals, 10 Cal. App. 4th 1790, n.10 (1992). That is, Section 1283.1(a) provides that Section 1283.05 is incorporated into and made a part of every agreement to arbitrate "any dispute, controversy, or issue arising out of or resulting from any injury to, or death of, a person caused by the wrongful act or neglect of another." Section 1283.1(b) provides that the discovery provisions of Section 1283.05 may by agreement be incorporated into and made a part of any other arbitration agreement.

In short, the Aixtron court concluded that unless otherwise agreed to by the parties in the arbitration agreement, the relatively broad discovery provisions of Section 1283.05 are not available outside of "personal injury" actions. Accordingly, third-party subpoenas are not available in many commercial cases. Likewise, in unfair business practice cases alleging claims such as theft of trade secrets, or violations of the Computer Fraud and Abuse Act, third-party subpoenas often will not be available in arbitration. Similarly, claims for unpaid employment or independent contractor compensation might not allow for third-party discovery.

Such limitations might well backfire upon the employer or render an arbitration agreement subject to serious challenge as unconscionable. Here are a few considerations for employers in light of the Aixtron ruling.

Many arbitration agreements fail to address whether the FAA or the CAA is to apply to the matter, merely stating that "California law will apply." Attorneys must understand the enormous breadth of the FAA. The FAA applies to all written agreements to arbitrate disputes evidencing a transaction "involving interstate commerce." Southland Corporation v. Keating, 465 U.S. 1, 11-14 (1984). This term has the same broad meaning as "affecting commerce," invoking the full reach of the U.S. Constitution's commerce clause. Allied-Bruce Terminix Cos. v. Dobson, 513 U.S. 265, 281 (1995). Thus, most transactions will be subject to the FAA, which may apply even where not expressly mentioned in an agreement.

Although the FAA applies broadly, it does permit parties to change the arbitration process to suit their needs, including adding portions of a state's arbitration law or even opting out of the FAA's provisions entirely. Volt Information Sciences, Inc. v. Bd. of Trustees of Leland Stanford Jr. Univ., 489 U.S. 468, 479, (1989). A contract's general choice-of-law clause is insufficient, however, to opt out of the FAA or add portions of a state's law to the FAA. Maestrobono v. Shearson Lehman Hutton, Inc., 514 U.S. 52, 62-64 (1995); AT&T Mobility LLC v. Concepcion, 563 U.S. 321 (2011.). The contract must expressly opt out of the FAA or add portions of the state's law to the arbitration agreement. Id.

In such cases, third-party discovery may be necessary to meet the minimum discovery standards of Armendariz. For example, discovery from other alleged victims in a sexual harassment claim who were nonparties to the arbitration might be necessary. See Pantoja v. Anton, 198 Cal. App. 4th 87 (2011). Third parties may have relevant evidence where the claimant alleges retaliation for whistleblowing. If they are now former employees, a subpoena may be necessary to compel attendance. Maldonado v. Superior Court, 94 Cal. App. 4th 1390, 1398 (2002).

On the other hand, an employer seeking to prosecute a breach of loyalty or theft of trade secrets claim may need discovery from the new employer or customers. Employers may wish to subpoena records from prior employers to prove an after-acquired evidence defense. Breach of contract actions may require discovery from third parties, particularly to prove damages. Third-party discovery may be desirable in a multitude of other circumstances.

Many arbitration agreements fail to expressly incorporate Section 1283.05. They merely state that the arbitration will be conducted pursuant to the rules of the AAA, JAMS or another ADR provider. Aixtron makes clear that does this is insufficient to authorize an arbitrator to issue and enforce third-party subpoenas if the subject matter of the arbitration is not otherwise covered by Code of Civil Procedure Section 1283.1.

Standing to Object to Third-Party Subpoena

While the right to object to subpoenas under California law is quite broad (see, e.g., Cal. Civ. Code Sections 1985.3 and 1798.1 et seq.), this right may be narrower when the parties have selected federal law or the law of another jurisdiction. For example, in The Rhodes Companies, LLC, 475 B.R. 733 (D. Nev. 2012), the president of the debtor objected to subpoenas to third parties seeking documents to prove voidable transfers to the president and entities he controlled. The district court, construing Federal Rule of Civil Procedure 45, ruled that the president had no standing to bring a motion to quash the subpoenas. The majority view, however, appears to be that while a party lacks standing to quash a subpoena to a third party on grounds that it is overbroad or unduly burdensome, a party may challenge a subpoena issued to a nonparty if the party is able to claim a personal right or privilege with respect to the documents requested in the subpoena. E.g., Dale Evans Parkway 2012, LLC v. Natl. Fire and Marine Ins. Co., EDCV15979JGBSPX (C.D. Cal. Oct. 27, 2016).

Nonparties Must Object to a Subpoena First to the Arbitrator

Where subpoenas to third parties are authorized either by statute or the parties' arbitration agreement, the California Supreme Court has made clear that the third party must first submit its objections to the arbitrator. Berglund, 44 Cal. 4th at 535-36. The court reasoned that because the Legislature granted arbitrators the authority to order discovery to a nonparty and granted arbitrators the power to enforce such discovery, it is reasonable to infer that the Legislature also intended for such discovery disputes to be initially litigated before the arbitrator. Nonetheless, the Supreme Court also ruled that a nonparty has the right to full judicial review of an adverse discovery order by the arbitrator. In contrast, parties to the arbitration agreement are subject to limited judicial review in the interest of arbitral finality.

While most of this article focuses on cases involving arbitrations where there is a right to discovery either by agreement or statute, discovery in arbitration is generally limited. E.g., AAA Commercial Arbitration Rule 22; JAMS Comprehensive Rule 17. Where third-party discovery is not authorized but is necessary to achieve a fair resolution of the case, arbitrators have the power under the FAA and CAA to subpoena documents and persons to appear before them and produce documents thereat. 9 U.S.C. Section 7 (the arbitrator may "summon in writing any person to attend before them ... as a witness and in a proper case to bring with him ... any book, record, document or paper which may be determined material in the case."); Cal. Code Civ. Proc. Section 1282.6. Thus, the party requiring the documents should request the arbitrator to hold a hearing in advance of principal evidentiary hearing to obtain and review such documents.

In sum, when drafting an arbitration clause, attorneys should consider whether third-party discovery would be necessary to vindicate claims that might arise from the transaction and draft the agreement accordingly. 