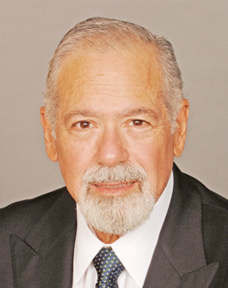 Richard Chernick is Vice President and Managing Director of the Arbitration Practice at JAMS. He is a nationally recognized expert in the resolution of complex and multi-party matters. He has conducted hundreds of large and complex arbitrations and mediations, employing various rules and before major administering institutions, both domestic and international.

Since 1994, Mr. Chernick has served as a mediator and arbitrator of complex disputes in areas including commercial, real property, employment, entertainment, intellectual property, pharmaceuticals technology, construction, and public law matters. He also frequently serves as chair of tripartite panels of arbitrators or as party-appointed arbitrator.

He is the author or co-author of leading texts on ADR, employment ADR, and international arbitration and mediation; he is also a frequent trainer and lecturer on arbitration and mediation topics. Mr. Chernick is a former chair of the Dispute Resolution Section of the American Bar Association and the founding president of the College of Commercial Arbitrators. He served as the ABA's Advisor to the Revised Uniform Arbitration Act.

He is a lecturer in Law at USC Gould School of Law where he teaches arbitration and chairs the Judith O. Hollinger ADR Program Advisory Board and the USC Law School Board of Councilors.

A: Experienced arbitrators have one primary goal - the issuance of a final award that accurately embodies the facts found and the applicable law in reaching the correct conclusion. Arbitrators who are unable to meet these essential needs of the parties will find themselves largely out of work because no one wants a fact-finder who is not dependably skilled in this process. The parties have control in arbitration of, among other aspects, the selection of the neutral; they need to know that the award will be correct, because there is limited basis to challenge the award for legal error.

Q: It appears arbitrators are less inclined than judges to grant dispositive motions (e.g., motion to dismiss or motion for summary judgment). Is that your experience? If so, why?
-- John Hueston, Hueston Hennigan LLP

A: Dispositive motions are not the same as a summary judgment in court. There is limited discovery in arbitration, which means that when a dispositive motion is made, not all evidence that will be available to the arbitrator at the hearing has yet surfaced in the case. So, a moving party in a dispositive motion must not only demonstrate that there are presently no triable issues of fact, but that it is not likely (or possible) that triable issues will surface in the form of then unknown witness testimony, additional documents, etc. Arbitrators are also particularly cautious in granting such motions because there is little possibility of court review of such decisions on the legal merits. See Schlessinger v. Rosenfeld, Meyer & Susman, 40 Cal. App. 4th 1096 (1995).

Q: As an arbitrator, how often have you been called on to determine arbitrability? Was there ever a time you decided a matter was not subject to mandatory arbitration, and returned it to the trial court?
-- Jennifer Keller, Keller Anderle LLP

A: Arbitrability issues arise often, particularly in complex cases where arbitration clauses are carefully parsed by resisting parties to see if they can escape arbitration in favor of court processes. Delegation of arbitrability issues to arbitrators is increasingly common since the First Options case and the wide judicial acceptance of the notion that the parties' adoption of JAMS or AAA rules constitutes a clear and unmistakable delegation of arbitrability to the arbitrator. I have ruled more than once that a narrow clause was insufficiently broad to support other than a pure contractual claim (Such as in Rice v. Downs or the Ninth Circuit's Cape Flattery case). I was part of a tripartite panel that this month determined a threshold arbitrability issue in a 90-page decision finding that counterclaims based on Federal, California and Delaware statutes and a foreign trade practice statute were not arbitrable based on a close reading of the parties' arbitration agreement.