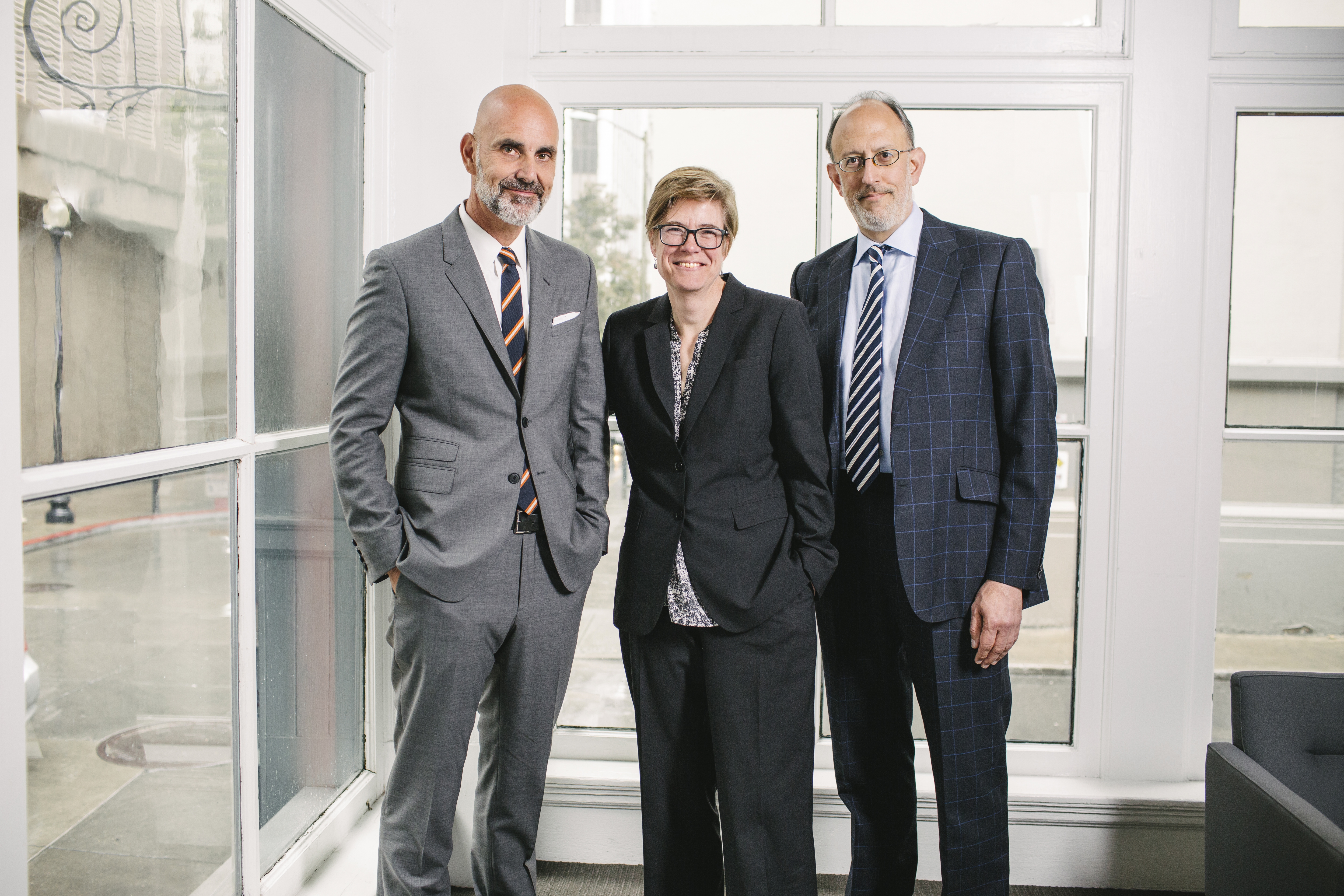 LOS ANGELES -- Hoping to expand its client base and broaden its practice, Durie Tangri LLP -- the San Francisco litigation boutique that built a big reputation representing technology clients in intellectual property matters -- is opening a second office Tuesday in the burgeoning Arts District of Los Angeles.

"Our respective trial practices are exceedingly complementary. Trade secret misappropriation is the perfect example of that: It's the type of case where trials are frequent and that we are very familiar with," Proctor said.

The law firm is one of the first to open in the Arts District, just east of the city's downtown core that is already home to several technology startups, high-end boutiques and restaurants. The headquarters for Hyperloop One Inc. is there, Lyft Inc. has a large presence and Spotify Ltd. recently agreed to take out a large space.

When the firm opened in San Francisco in 2009, the partners similarly chose an office a few blocks away from the Financial District and built it out to look like a technology company, with an open-concept layout, modern furniture and exposed brick, a trend some traditional law firms have followed.

"We have found over the past several years that our tech clients really enjoyed being in that type of environment. So we wanted to go to a similar space to the one we had," said partner Benjamin Au, who will be based in Los Angeles.

For now, the Los Angeles office is a small one, steps from the At Mateo project where Spotify will be and not far from the Los Angeles Cleantech Incubator and La Krenz Innovation Campus. The firm expects to expand later to one of the warehouse-style buildings in the area, Proctor said.

Durie, who recently purchased a home in Southern California, said a surge of patent litigation in the Central District of California and a growing number of technology companies establishing a significant presence in Los Angeles, convinced the partners it was the right time to expand. She said half her matters are now in Southern California.

Partner Ragesh K. Tangri has a significant practice representing law firms in addition to handling class actions and trade secret cases. "We're seeing trade secret stuff pop up t down there as you get more of a high tech scene," he said. "And there are law firms down there that need representation from time to time."

Mark Lemley, another partner and a professor at Stanford Law School, said he expects to see more growth in patent litigation in the Central District.

He pointed to data from Lex Machina, a company he helped to found before selling it to Lexis/Nexis, that shows a major shift in where patent cases are filed since the U.S. Supreme Court issued a decision clarifying when cases can be removed to another district. TC Heartland LLC v. Kraft Foods Group Brands LLC, 137 S. Ct. 1514 (2017).

The Eastern District of Texas, where most patent cases were filed, lost more than half of its docket after TC Heartland, Lemley said. "Half or more went to Delaware, and the rest have gone to tech-centric districts, most notably C.D. Cal.," he said.

Durie Tangri "being there presents a big opportunity in terms of the court but also because of the growth in tech companies in Los Angeles," he said. "It's always been the center of media, but now there's a real connection between media and technology with Snap and the gaming companies being there. That's something where we have a real sweet spot."

Proctor brings to 14 the number of partners now at Durie Tangri, and 27 attorneys in total. Durie said the firm isn't trying to grow for the sake of being bigger.

"I see growth as an inevitable byproduct of being successful," she said.

"The goal is to broaden the type of practice areas we are known for," Au said. He added that while as much as half of the firm's work now is general commercial litigation, it is still known for its intellectual property practice in the Bay Area technology sector.

Proctor said he, too, expects to see the firm's reputation expand beyond the tech sector. A former federal defender in the Central District, he has taken on commercial litigation matters since going into private practice.

The corn syrup defendants were impressed enough by Proctor's success that they added him to the trial team, headed by Dan Webb of Winston & Strawn LLP. The case settled after four weeks of trial.

Proctor often recounts fondly his early days at Keker & Van Nest and, after he left the Federal Defender's Office, his time at Caldwell Leslie & Proctor, the Los Angeles litigation boutique that merged into Boies Schiller last year. Those places allowed young attorneys to develop the skills to be world-class litigators, Proctor said. He said he wants Durie Tangri to be that type of firm in Los Angeles.

"The way we are going to staff cases is going to allow young lawyers to spread their wings, to get real experience in a way that unfortunately is sometimes rare today," he said. "Our feeling is, hire great people and let them maximize their potential. Work on cases, try cases. Only through doing those things are they going to become good trial lawyers."

Chris Caldwell, a partner at Boies Schiller, said: "I have had the pleasure of calling Michael a colleague and friend for over 16 years and wish him the very best for the future."