Chris Olsen helped raise $4,400 toward the record-breaking $16.6 million for AIDS and HIV support. 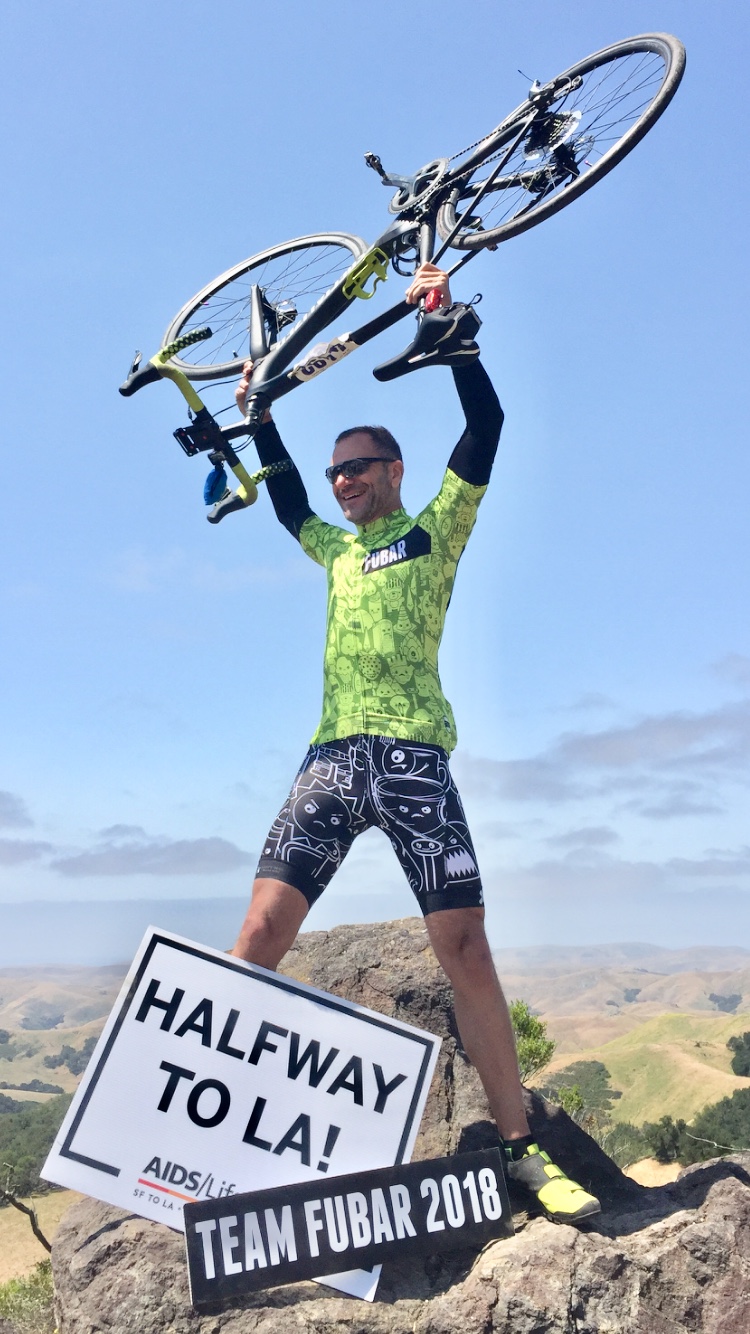 Katten Muchin Rosenman LLP attorney Chris Olsen rides in the 2018 AIDS/LifeCycle from San Francisco to Los Angeles between June 3 and June 9. Here he celebrates reaching the halfway point of the cycling route along the Central Coast.

The ride, which occurred between June 3 and June 9, broke a record this year with more than $16.6 million raised. According to event organizers, AIDS/LifeCycle is one of the world’s largest single event HIV/AIDS fundraisers.

Olsen said his firm raised just over $4,400 and aims to set the financial goal higher next year.

The ride started at The Cow Palace in Daly City, Olsen said. He completed the final leg of the journey, riding into downtown Los Angeles last Saturday. He had one morning along the route where he got a flat tire and had the tube replaced. Then, almost immediately after getting back on the road, the tire blew again. Ride organizers had bicycle technicians along the route who helped Olsen replace his tire and tube.

Olsen said the Los Angeles LGBT Center does a “great job” with HIV education, treatment and prevention for underserved communities.

“The advances in HIV medications has advanced in the last several years, and people with good insurance and everything can lead very healthy and productive lives, but for people who don’t have the access and that kind of coverage, the center and AIDS/LifeCycle are lifesavers,” he said. “It’s me kind of doing my part rather than just writing a check to raise awareness and hopefully have a bigger impact.”