A team of Katten attorneys, staff, family and friends from the firm’s Century City, downtown LA and Orange County offices competed against 60 other teams at Long Beach Airport, testing their strength and stamina in an attempt to be the fastest to pull a 124,000-pound FedEx Boeing 757 airplane 12 feet down the runway. 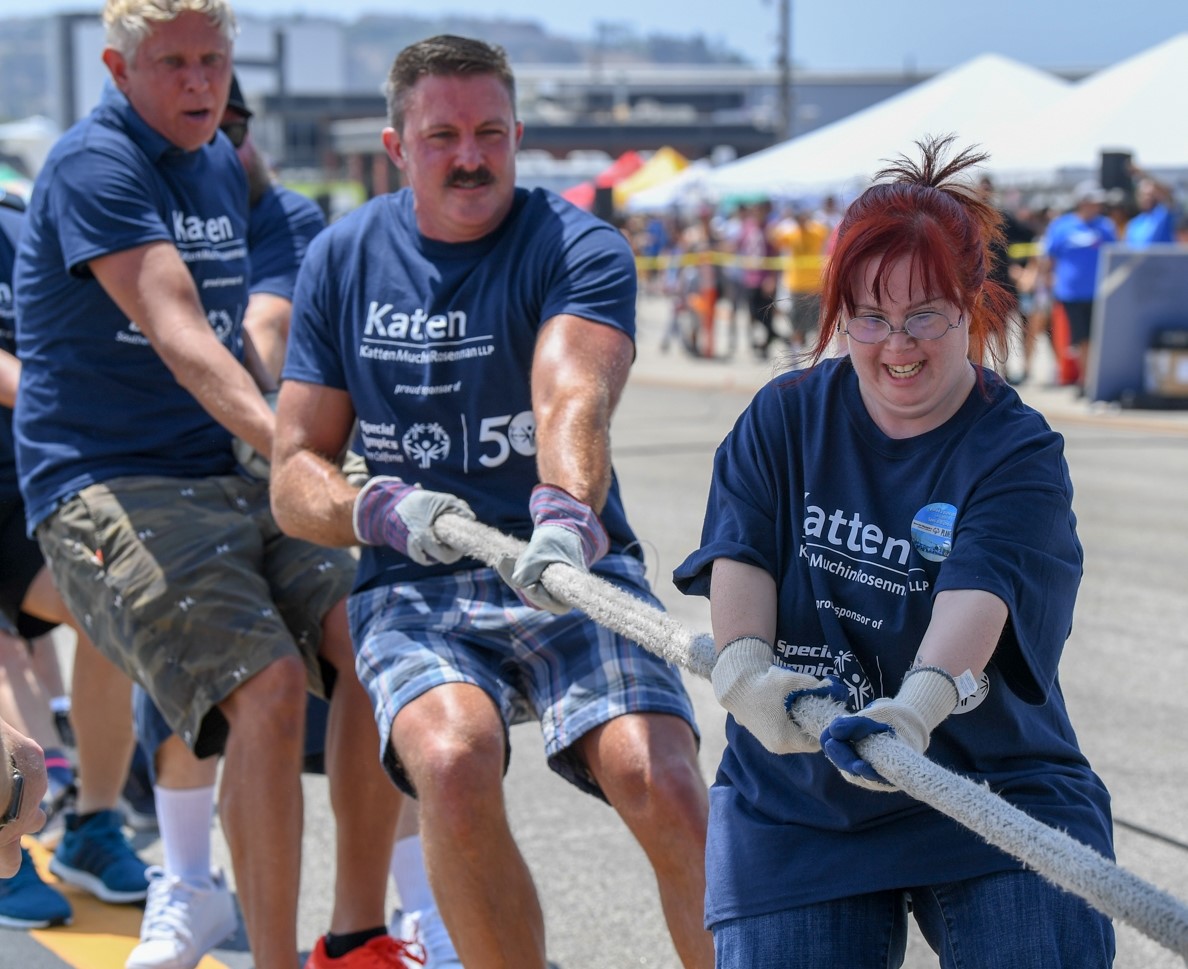 A team of Katten attorneys, staff, family and friends from the firm’s Century City, downtown Los Angeles and Orange County offices competed against 60 other teams in the Aug. 18 event at Long Beach Airport, testing their strength and stamina in an attempt to be the fastest to pull a 124,000-pound FedEx Boeing 757 airplane 12 feet down the runway.

“Katten cares about and is dedicated to giving back to the communities where we live and work,” said Roger P. Furey, Katten chairman, in a press release. “Special Olympics has such a significant impact on so many children and adults through sports. We’re very proud to partner with this wonderful organization and to be part of the movement for a more accepting and inclusive society.”

The Katten team was led by honorary co-pilot Rachel Osterbach, a Special Olympics athlete, global messenger and cast member of A&E’s “Born This Way” reality TV series. The team tugged the jet in 6.95 seconds, only 1½ seconds slower than the winner.

“It was so hard to pull a plane, but I did it though. It’s about trying your best,” Osterbach said. “It was a whole lot of fun.”

David Halberstadter, Katten partner and deputy general counsel for the firm’s four California offices, said the firm has been involved in stand-alone charitable events over the years, and this is Katten’s second full year of support for Special Olympics Southern California as a bronze sponsor.

Other charitable organizations and events are limited to support by lawyers, Halberstadter said.

“We wanted to be more involved in an organization that has a massive impact on Southern California, and not just for lawyers in the firm, but those altogether with their families to support an organization with a mission that touches so many families, and kids who are now adults with intellectual disabilities,” he said. “Special Olympics athletes range from fairly young to 35 and 40 years old. Watching them compete is just extraordinary.”