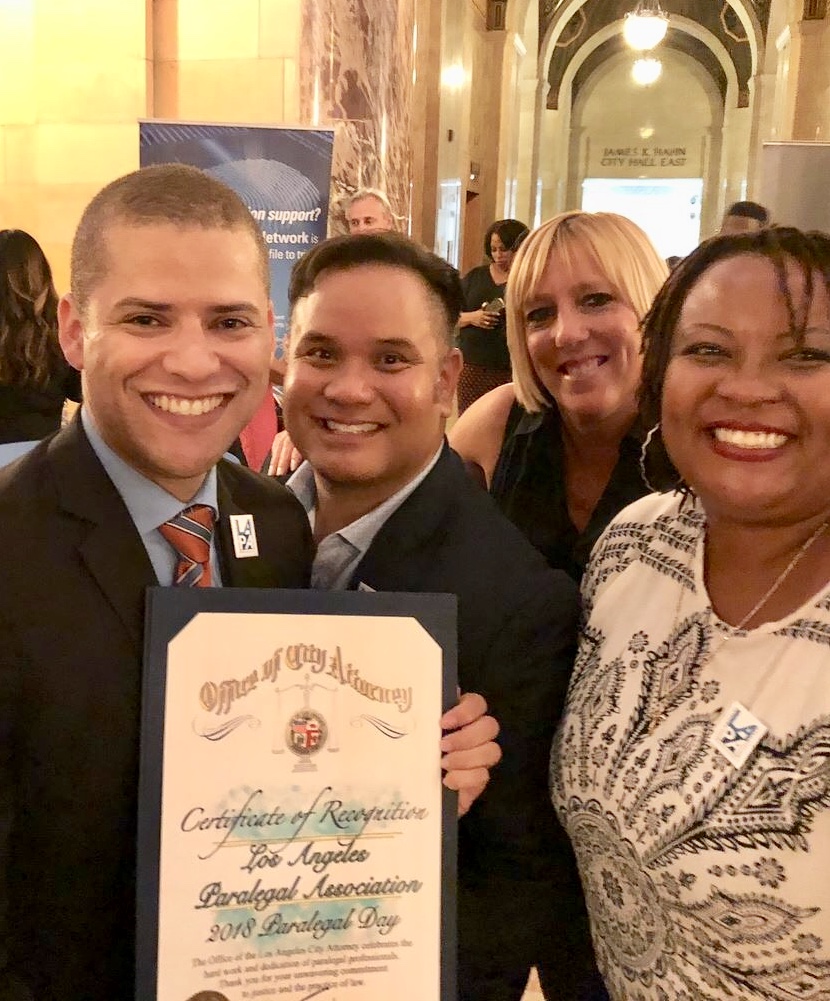 According to Bobby Rimas, adjunct associate professor of administrative law at California State University, Los Angeles and LAPA member, the celebration this year was unique as it was the first time that a LAPA event took place at City Hall and both the mayor’s office and city attorney’s office gave recognition.

The association received a certificate from the city attorney’s office that “celebrates the hard work and dedication of paralegal professionals for their unwavering commitment to justice and the law.” Feuer presented the certificate to LAPA board member David Torres, saying he represented all the paralegals in attendance.

Paralegal Day is promoted by LAPA so that law firms, corporations and government agencies can recognize their paralegals.