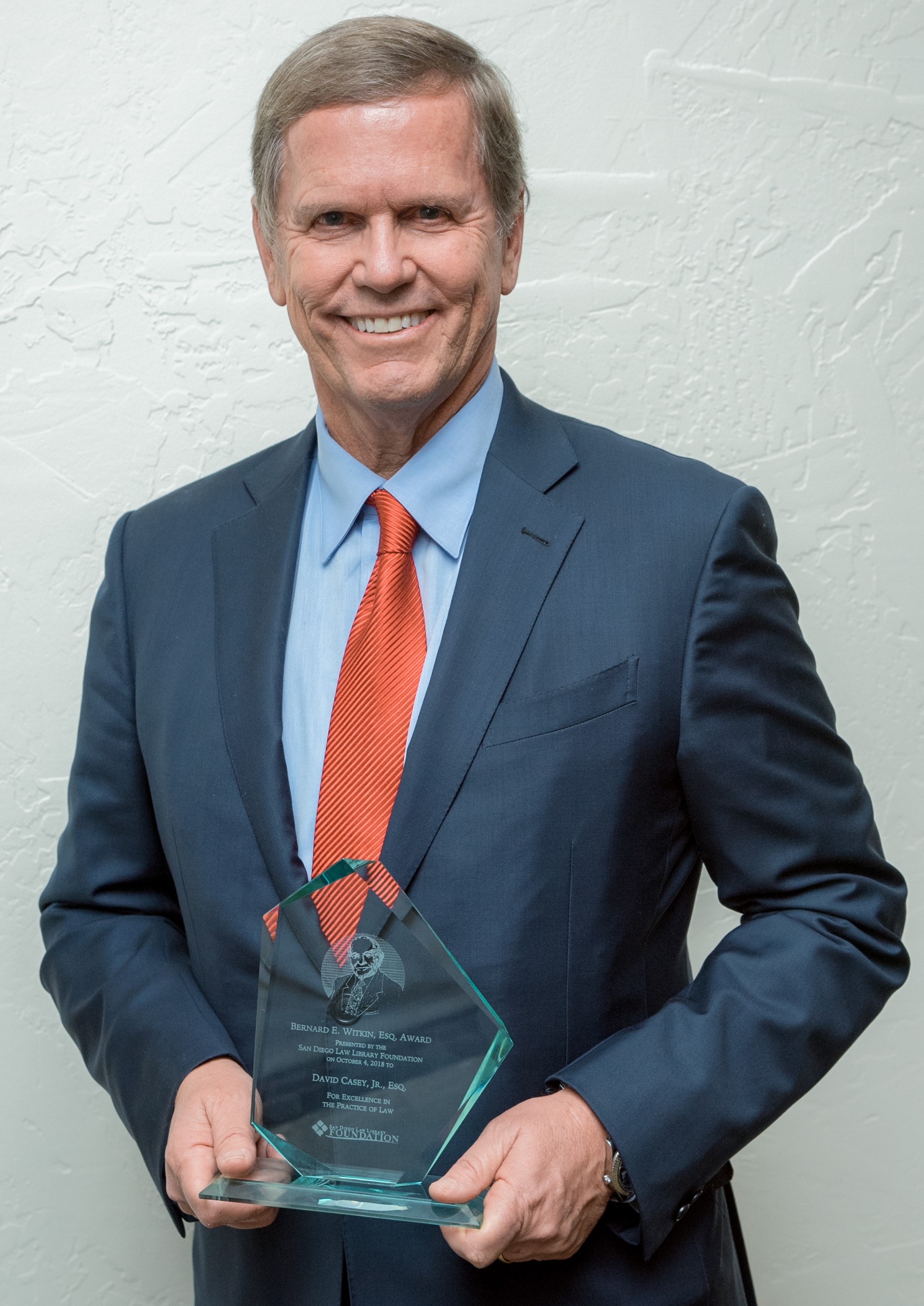 David S. Casey Jr. with the Witkin Award for Excellence in the Practice of Law.

He received the award on Oct. 4 at the annual Bernard E. Witkin, Esq. Awards Ceremony held at Tom Ham's Lighthouse, hosted by the San Diego Law Library Foundation. The event is held to honor members of the San Diego legal community for civic leadership and excellence in the practice of law, adjudication of the law, legal education and the advancement of access to justice.

"I was very honored to have received this award that is presented each year in San Diego," Casey said. "Witkin was more than a great scholar of California law to me. I had the opportunity of spending time with Bernie Witkin in the 1970s, and my dad actually consulted with him in 1947 regarding preparing for the California Bar."