The office of City Attorney Michael N. Feuer denied Friday that attorneys Paul R. Kiesel and Paul O. Paradis represented the city in a case where they are alleged to have also for a time represented the plaintiff. 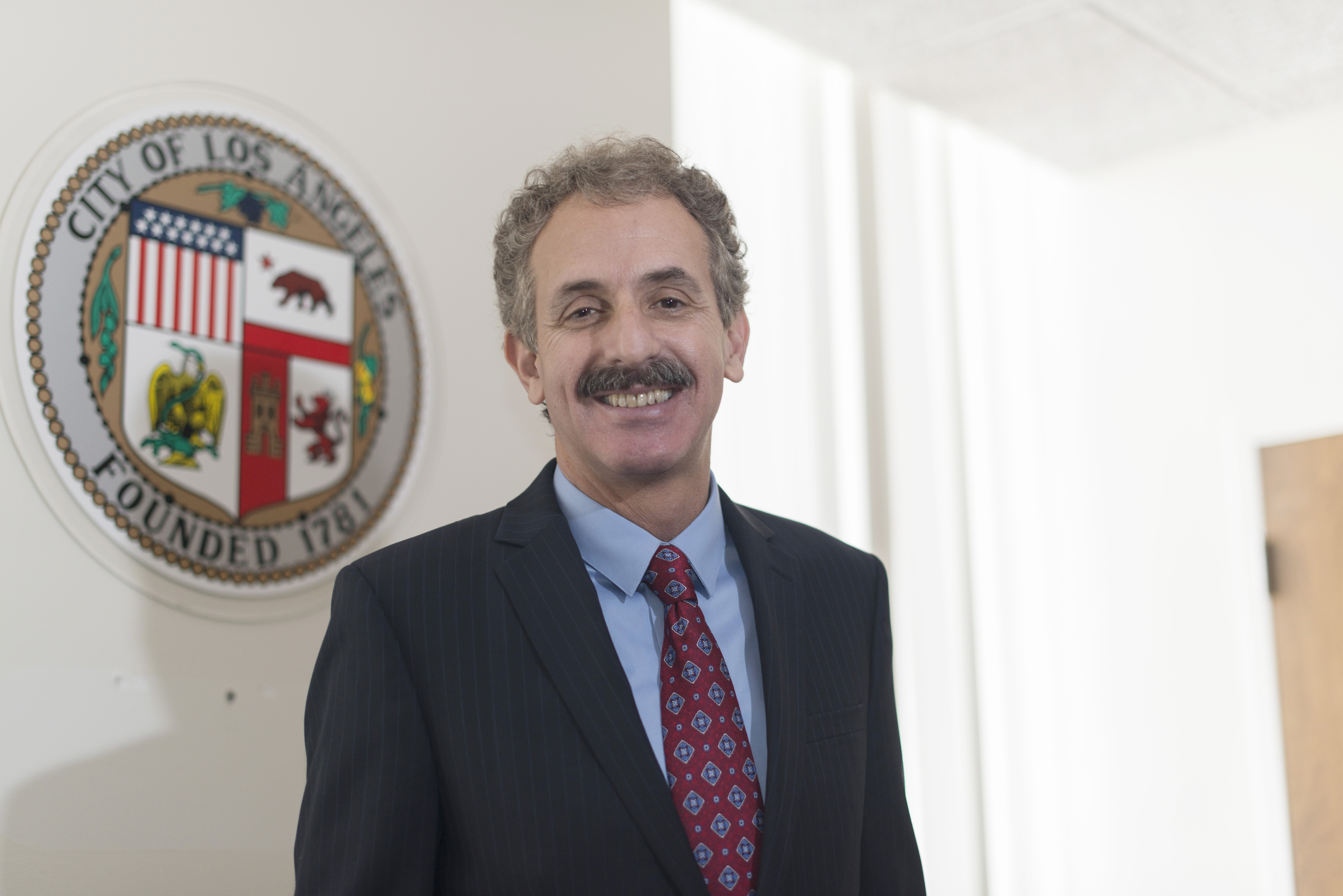 The office of City Attorney Michael N. Feuer also denied Friday that attorneys Paul R. Kiesel and Paul O. Paradis represented the city in a case where they are alleged to have also for a time represented the plaintiff.

LOS ANGELES -- The city attorney's office said it is conducting an ethics review over allegations that outside counsel hired to represent city interests over water billing litigation also represented the other side.

The office of City Attorney Michael N. Feuer also denied Friday that consumer attorneys Paul R. Kiesel and Paul O. Paradis represented the city in a case where they are alleged to have also for a time represented the plaintiff.

Four years of intertwining litigation over incorrect bills by the Department of Water and Power are up in the air after court documents appear to show Kiesel and Paradis were in an attorney-client relationship with lead class plaintiff Antwon Jones while also defending the case as special counsel for the city. Jones v. City of Los Angeles, BC577267 (L.A. Super. Ct., filed April 1, 2015).

Following inquiries by the Daily Journal, both Paradis and Kiesel withdrew from representing the city, and Feuer's office said Friday it had hired legal ethics attorney Ellen A. Pansky of Pansky Markle to look into issues of misconduct. Los Angeles v. Pricewaterhouse Coopers LLP, BC574690 (L.A. Super. Ct., filed March 6, 2015)

"My office adheres to the highest standards of legal ethics," Feuer said in a statement Friday. "I take any allegation of improper conduct by any attorney under our authority -- including outside counsel -- extremely seriously. The chips will fall where they fall, and I will take decisive action if this review reveals any breach of ethics."

The settlement of Jones' lawsuit over incorrect water bills that charged some customers tens of thousands of dollars has been criticized as a reverse auction in which the city installed a captive plaintiff to quickly settle and leverage its case against the billing software company while serving as a payday to attorneys.

Pricewaterhouse Coopers LLC, which was separately sued because it supplied the billing system, accused Feuer's office of essentially drafting its own complaint and picking opposing counsel when it brought in Ohio attorney Jack Landskroner. He filed suit on behalf of Jones six days after entering the case.

It settled for $67 million with no discovery and to the objection of other involved plaintiffs' attorneys, who took issue with being shut out of settlement negotiations with the city. Landskroner was paid $15 million, while Kiesel and Paradis stood to receive about 20 percent of any attorney fees recovered in the city's case against Pricewaterhouse Coopers. Paradis also made $1.8 million from the city in that case.

However, the city claimed Friday that Paradis and Kiesel never defended the city -- a statement that appears contrary to court records.

Both Kiesel and Paradis are identified in multiple court documents and transcripts as defending the city in the Jones matter.

Kiesel himself blessed the Jones settlement in a 2015 hearing regarding preliminary approval.

"Quite frankly, your honor, on behalf of the city we urge you to accept the preliminary approval of this settlement and allow us to move forward," Kiesel told Judge Elihu M. Berle.

But he told Berle in court March 4, "It appears there was a period of overlap" regarding Paradis representing both the city and Jones.

Allegations of the dual representation and questions about kickbacks came to a head in court last week after Landskroner repeatedly pleaded the Fifth Amendment against self-incrimination in response to Berle asking him if a portion of the $19 million in attorney fees was paid to anyone else.

Jones has stated in a sworn deposition that he retained only Paradis in late 2014 with the intention of suing the city. About 10 days later Paradis and Kiesel were hired as city special counsel, the city confirmed.

But court documents prepared by Jones' attorney Jeffrey B. Isaacs of Isaacs, Friedberg & Labaton LLP state Kiesel represented Jones concurrently with Paradis and that they technically represent him to this day.

Jones said he has not received anything in writing informing him Paradis no longer represents him. Court documents also indicate Kiesel and Paradis have cited attorney-client privilege on behalf of Jones during discovery battles over the origin of the complaint.

A deposition by Deputy City Attorney James P. Clark appeared to indicate he informed Feuer of the adverse representation via the existence of a draft complaint listing Paradis and Kiesel as representing Jones.

"Did anyone in the city attorney's office consider whether it was ethical for Mr. Paradis to not inform Mr. Jones of the nature of his conflict yet be the person who recommended counsel to Mr. Jones?" he was asked by Pricewaterhouse Coopers attorney Daniel Thomasch of Gibson, Dunn & Crutcher LLP.

"City attorney staff was aware that Mr. Jones had been a client of outside counsel -- for the purpose of potentially suing Pricewaterhouse Coopers," said Wilcox.

Kiesel, in denying he was in an attorney-client relationship with Jones, maintains he didn't know about a draft complaint against the company and that Paradis put his name on it without asking him.

San Diego attorney Timothy Blood, who represented plaintiffs in the incorrect billing litigation, raised issues to Feuer about the way the Jones settlement was executed over three years ago, according to a letter.

Questions remain as to how exactly Paradis entered the litigation. Aside from the nearly $2 million he made from the city in the Jones case, a company in his name, Aventador Utility Solutions, also made $36 million in contracts related to fixing the water billing fiasco.