Measure A and sheriff accountability in LA County

L.A. County will not be the first county in the state to take this important step to create a system of local government checks and balances that incorporates the sheriff. 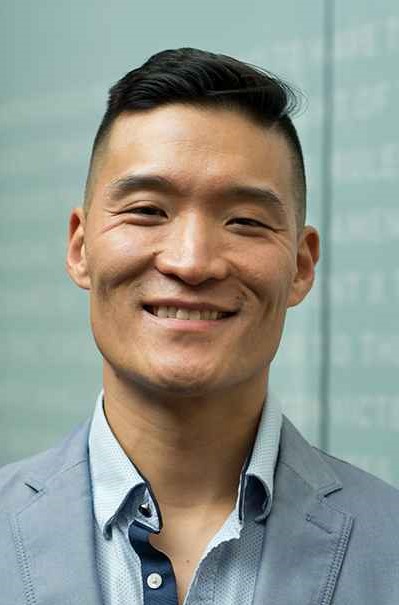 On the ballot this election, Los Angeles County residents are being asked to vote on Measure A, which would amend the county charter to create a new mechanism for removing a sheriff who violates their oath of office by committing serious violations of the public trust -- such as breaking the law, lying in official statements, obstructing investigations into deputy misconduct, or failing to stop deputy gangs from brutalizing our communities.

L.A. County will not be the first county in the state to take this important step to create a system of local government checks and balances that incorporates the sheriff. The charter of San Bernardino County includes a nearly-identical provision to the one being considered by L.A. County voters to allow its board of supervisors to remove a sheriff for cause by a four-fifths vote. The state court of appeal has affirmed the board's authority to do so in Penrod v. County of San Bernardino, recognizing that it has "the legal right and duty to decide removal procedures for the sheriff."

Even more importantly, the court in Penrod acknowledged that in the face of serious misconduct by a sheriff, the existing mechanisms for removal - a recall election or grand jury accusation - are ineffective checks; that is, a Board must be allowed to "act expeditiously to remove a corrupt [sheriff] rather than wait for a grand jury to convene or a recall election to be held." This additional tool for timely accountability "does not mean the voters' power has been nullified."

In L.A. County, our long history with sheriffs operating outside of the law and in defiance of any attempt at civilian oversight makes an effective and timely check on that office particularly necessary. Those unfamiliar with the nuances of local county government structure may not know that while the board must supervise the conduct of all county officers, including the sheriff, seeing that they faithfully perform their duties, state law provides the board with only ambiguous power to supervise the sheriff's conduct. State law prevents the board from obstructing the "investigative functions" of the sheriff - a limitation that has been broadly asserted by sheriffs throughout the state. And while the board technically has the "power of the purse" over the sheriff, it is an ineffective means to get the sheriff to desist from law-breaking conduct, particularly when disconnected from any direct funding stream.

As a result, L.A. County sheriffs have defied court orders and lawful subpoenas, violated state and local laws, refused to implement state policies expanding access to records of police misconduct, obstructed oversight investigations, and sanctioned violent and serious misconduct by deputies against the public, costing countless lives and county funds in the process - all with the knowledge that no county oversight body could directly hold them to account for those actions. For instance, for at least five decades, more than a dozen tattooed sheriff's deputy gangs - many adopting neo-Nazi imagery and ideology - have wreaked havoc in L.A. County, violating the civil rights of county residents and costing county taxpayers roughly $55 million since 1990 without any intervention by multiple sheriff's administrations. In litigation brought by the NAACP, a federal court described the "Vikings" deputy gang in the Lynwood sheriff station as "a neo-Nazi, white supremacist gang" who use "terrorist-type tactics" and routinely violate civil rights.

L.A. County sheriffs have resisted meaningful actions to stop deputy gang violence, instead denying their existence and shielding deputies from discipline. Former Sheriff Lee Baca oversaw rampant and extreme violence in the jails - much of it perpetuated by deputy gangs - and went to federal prison for obstructing civil rights intervention; Baca made his Undersheriff Paul Tanaka, the most notorious member of the Lynwood Vikings deputy gang. Former Sheriff Jim McDonnell resisted investigating deputy gangs by claiming they were a relic of the past. Even though a 2021 RAND Corporation report concluded that deputy gangs do not only exist but are also likely growing, current Sheriff Alex Villanueva has denied and downplayed their existence - all the while defying lawful subpoenas and court orders and violating laws on transparency and oversight.

After multiple sheriff's administrations that disregard their obligations to the law and the public, including one culminating in a federal conviction and one currently under criminal investigation, it is clear that we need to create structural change that provides the public with a permanent and timely check on the office of the sheriff - one that the office holder knows can be exercised if they substantially violate their duty to the public trust. Therefore, the ACLU of Southern California strongly supports Measure A.

Measure A is a step in the right direction to bolster the authority of civilian oversight over the paramilitary office of the sheriff and the sheriff's department. The L.A. County sheriff has tremendous power, controlling a $3.5 billion budget and more than 10,000 armed deputies, but no government official should have the unchecked power that is claimed by the sheriff. Measure A would give our civilian county elected representatives - the board - more direct means to protect residents from an out-of-control sheriff. Further, this is only part of necessary stronger civilian oversight over the office of the sheriff, one that will likely require changes to state law; until that occurs, we hope L.A. County voters will do what they can right now and vote yes on Measure A.

No official, especially a sheriff, should be above the law.