His legal “loss” should be remembered every season. 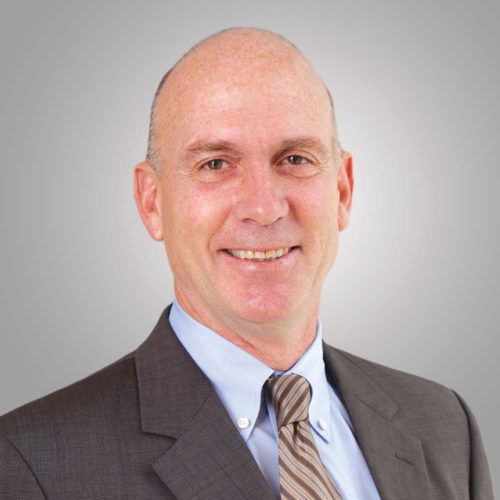 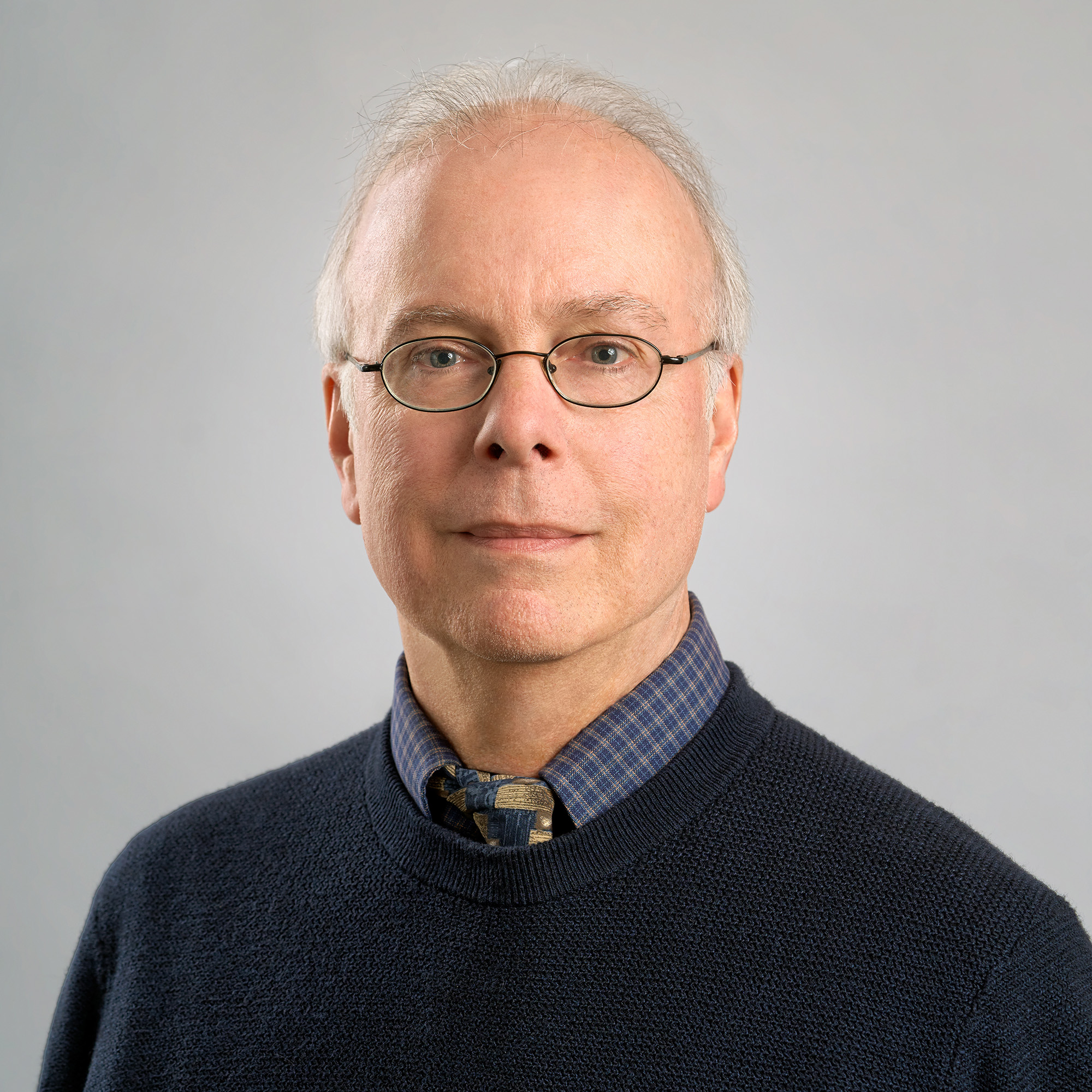 As autumn leaves fall, baseball's World Series arrives, pitting two teams partially owing their success to prominent, expensive free agent player acquisitions. Teams benefiting from this dynamic embrace it; the less fortunate bemoan it. Regardless, it is a fact of life. Why? How did we get here? For the answer, let's recall a seminal lawsuit, filed by Curt Flood, that was adjudicated by the U.S. Supreme Court 50 years ago.

Flood, born in Texas in 1938, moved with his family to Oakland, California when he was two, settling in West Oakland to escape racism in other city areas. Once there, he exhibited remarkable baseball athleticism and was mentored by a white coach whose support broadened his perception of race relations.

After graduating high school in 1956, Flood signed with the Cincinnati Reds for $4,000 (now $43,648). His spring training and minor league odyssey took him on a brutal tour of segregated southern locations. Abuse from management, players, and fans in what he termed, the "peckerwood league," brought tears and thoughts of quitting. Nevertheless, pride, perseverance, and unstoppable baseball skill prevailed.

Flood appeared in a few Reds games in 1956 and 1957, only to be abruptly traded to the St. Louis Cardinals as part of a five-player deal. Once the shock wore off, he eventually became an outfield sparkplug for a club that appeared in three World Series, winning two, in the 1960s. His wizardry led Sports Illustrated to anoint him "Baseball's Best Center Fielder" in a 1968 cover story.

After that season, Flood received a $90,000 (now $727,867) one-year contract obtained from contentious salary negotiations that irked club management. In October, 1969, a sportswriter alerted him that he had been traded to the Philadelphia Phillies in a seven-player swap. Hours later, per Flood, the news was tersely confirmed by a "middle-echelon coffee drinker from the [Cardinals] front office" rather than the team owner or general manager. (Brad Snyder, A Well-Paid Slave 2 (2006)). Flood was crushed. Without consultation or permission, he was forced to leave an elite team and off-season St. Louis business interests for a racially-troubled, second-division club. The Phillies' pledge of a $100,000 (now $808,741) salary package offered little consolation.

Flood faced two options: retire or accept the trade. Offering his services to another bidder was prohibited due to baseball's reserve clause, dating back to 1879, which gave a club the right to renew a player's contract for a one-year period in perpetuity unless he was given his unconditional release - effectively binding him to his team for his career. As a result, the clause allowed owners to keep labor costs artificially low and profits high.

Flood contemplated a third option: suing Major League Baseball for violating the Sherman Act. History was not on his side. Five decades earlier, in Federal Baseball Club v. National League, 259 U.S. 200 (1922), the Supreme Court had ruled baseball exempt from the Sherman Act because it was not involved in interstate commerce, but rather was a local activity not covered under the law. Three decades later, the Court upheld Federal Baseball, finding any antitrust law inconsistencies should be addressed by Congress, which "had no intention of including the business of baseball within the scope of the federal antitrust laws," Toolson v. New York Yankees, Inc., 346 U.S. 356, 357 (1953). Congress failed to act.

Flood conferred with Marvin Miller, the recently-appointed, astute executive director of the Major League Baseball Players Association (PA). Miller explained the risks of bringing an expensive and time-consuming case. Upon completion, Flood would be in his mid-30s, blackballed from the game, unable to benefit even if he prevailed. But Flood was determined. He committed to pursuing the case to benefit current and future players, and the PA agreed to finance it. On Miller's recommendation, Arthur Goldberg, a former Supreme Court justice, was chosen to represent Flood.

Soon thereafter, Flood wrote Baseball Commissioner Bowie Kuhn, stating, "After twelve years in the Major Leagues, I do not feel that I am a piece of property to be bought and sold irrespective of my wishes," requesting the right to consider other clubs' offers. Kuhn - an owner-retained, pompous figurehead - refused. He and the owners proclaimed the reserve clause essential to baseball's survival and competitive balance. The sporting press and fans, fearful of change to their beloved sport, mostly agreed and were alienated by Flood's well-publicized salary. Flood's televised "a well-paid slave is, nonetheless, a slave" explanation, although accurate, proved unsettling. (Snyder at 104).

Flood's lawsuit against Kuhn and baseball's management commenced in the Southern District of New York in January 1970, and went to trial before Judge Irving Ben Cooper the following May. Flood argued that the reserve clause violated federal and state antitrust law, common law, and the 13th Amendment's prohibition against slavery. Ill-prepared by Goldberg, and beset by worsening financial setbacks and alcoholism, Flood was an ineffective witness. To his dismay, no active baseball player testified on his behalf or appeared in court, many out of fear of repercussions for their own careers. In August, Cooper ruled in baseball's favor. In April, 1971, the Second Circuit affirmed.

Flood appealed to the Supreme Court, which heard his case in March, 1972. Flood was absent, having fled to Majorca to escape financial and family setbacks, racial threats, and lawsuit-related stress. Once again, he was poorly served by Goldberg, who was woefully unprepared and embarrassingly exposed in his inability to persuade his former colleagues.

Three months later, the Court narrowly ruled 5-3 against Flood (Justice Lewis Powell recused himself; Justice Warren Burger switched to the majority at the last minute). The Court rejected Flood's claims because it had previously held that baseball was exempt from the antitrust laws. Flood v. Kuhn, 407 U.S. 258, 282 (1972). The Court cited Federal Baseball, which acknowledged that professional baseball involves paying people to cross state lines to engage in a money-making activity, but held that "the transport is a mere incident, not the essential thing." 259 U.S. at 208-09. Federal Baseball held that professional baseball games, "although made for money would not be called trade of commerce in the commonly accepted use of those words," reasoning that "personal effort, not related to production, is not a subject of commerce." Id.

But the Flood Court also referenced other rulings that declined to extend the holding in Federal Baseball to other professional sports, including football, boxing, basketball, hockey and golf. At times, it expressly questioned Federal Baseball's reasoning, stating, for example, "were we considering the question of baseball for the first time upon a clean slate we would have no doubts." Radovich v. Nat'l Football League, 352 U.S. 445, 452 (1957). As Justice Felix Frankfurter put it: "[i]t would baffle the subtlest ingenuity to find a single differentiating factor between other sporting exhibitions, whether boxing or football or tennis, and baseball insofar as the conduct of the sport is relevant to the criteria or considerations by which the Sherman Law becomes applicable to a 'trade or commerce.'" United States v. Int'l Boxing Club of N.Y., 348 U.S. 236, 248 (1955) (Frankfurter, J., dissenting). Nor did stare decisis provide justification for not overturning Federal Baseball, even for Frankfurter, a staunch advocate of judicial restraint: "The Court decided as it did in the Toolson case as an application of the doctrine of stare decisis. That doctrine is not, to be sure, an imprisonment of reason." Id. at 249.

Yet in Flood, the Court declined to reverse the exemption. Justice Harry Blackmun's opinion acknowledged the original grounds for the antitrust exemption were tenuous and that it was an "established aberration" in light of the Court's holding in other cases that other professional sports were not exempt. Yet the Court found it entitled to stare decisis, ruling that removal of this "inconsistency and illogic of long standing" was a matter for legislative resolution. 407 U.S. at 284. Many in the press and legal establishment criticized the opinion and, in particular, ridiculed its "analysis" in which a misty-eyed Blackmun romanticized the game in an overwrought recitation of baseball history. Id. at 260-64.

Flood struck out. But his legal efforts educated his fellow players and the public about the reserve clause's unfairness. Even Kuhn considered Flood a "constructive" decision that would "open[] the way for renewed collective bargaining on the reserve system." (Sporting News Official Baseball Guide, 1973 283). Change came quickly. In 1975, an arbitrator's decision to grant free agency to two players mostly abolished the reserve clause, leading to increased salaries and freedom of movement for professional baseball players. Baseball's economics and management-player relationships were forever changed.

Flood never benefitted from these changes. An attempt to resume his career with the Washington Senators was unsuccessful. Although he found financial solvency, sobriety, and happiness in his later years, he died in 1997 a somewhat forgotten man: no then-players attended his funeral. Yet his legacy makes his legal "loss" one to remember every season. Time named him one of the 10 most influential athletes of the 20th century. Baseball, shamefully, has not elected him to its Hall of Fame.