When you win and you don’t 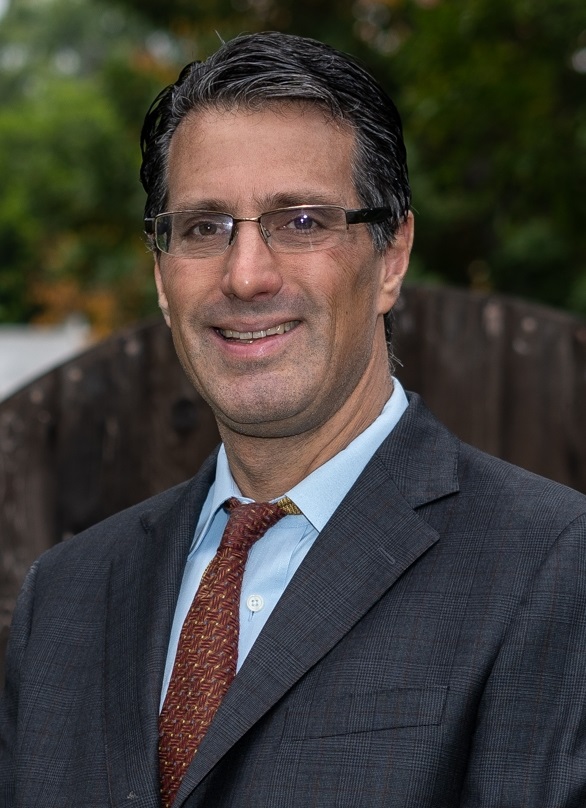 A few weeks ago in the California Court of Appeal, Arthur Lange tried to get the benefit of the exclusionary rule. As defendants regularly do, he sought to suppress evidence obtained in violation of the Fourth Amendment.

But there was something unusual about Lange's case. He was trying to suppress evidence after he won in the U.S. Supreme Court. In Lange v. California, 141 S. Ct. 2011 (2021), the court held that the evidence against Lange may have been obtained in violation of the Fourth Amendment. When the case returned to the California Court of Appeal, the People conceded that the evidence was unconstitutionally obtained.

But Lange failed to get the exclusionary rule applied in his own case. People v. Lange, 72 Cal. App. 5th 1114 (2021). The police acted in good faith in relying on California caselaw that was in force until the U.S. Supreme Court decided Lange's case. Because of that good faith, the Court of Appeal permitted the People to use the unconstitutionally obtained evidence.

Lange's outcome differed from the results enjoyed by defendants victorious in the Supreme Court a few decades ago. For example, Ernesto Miranda received the benefit of the exclusionary rule after his own famous Supreme Court victory in Miranda v. Arizona, 384 U.S. 436 (1966).

The law has, through the interplay of two new constitutional law doctrines. From 1965 through 1982, the retroactivity of opinions establishing constitutional rules of criminal procedure was governed by the so-called Linkletter doctrine, deriving from Linkletter v. Walker, 381 U.S. 618 (1965). Under Linkletter, most new rules of criminal procedure established by the Supreme Court applied only prospectively. That is, they usually did not apply to cases where the trial had occurred before the new opinion.

For example, on the heels of its Miranda opinion, the Supreme Court held that "Miranda applies only to cases in which the trial began after the date of our decision one week ago." Johnson v. State of New Jersey, 384 U.S. 719, 721 (1966).

As another example, the Supreme Court's landmark decision in Escobedo v. Illinois, 378 U.S. 478 (1964), establishing that suspects have a Sixth Amendment right to counsel during an interrogation, affected "only those cases in which the trial began after ... the date of that decision." Johnson, 384 U.S. at 721.

During the Linkletter era, the Supreme Court explained why it typically did not apply new rules retroactively. First, the prosecution had relied on the prior law; second, the justice system would be immensely burdened applying new rules to old cases. Stovall v. Denno, 388 U.S. 293, 300-01 (1967).

But in applying the Linkletter doctrine, the Supreme Court made an exception to non-retroactivity. That exception was for the very case in which a defendant established the new rule. As to the defendant who brought the landmark case, new constitutional rules did apply retroactively.

The court recognized that created an "inequity" by "according the benefit of a new rule to the parties in the case in which it is announced but not to other litigants similarly situated." Stovall, 388 U.S. at 301. But in the court's view, benefitting the party that brought the landmark case was "an unavoidable consequence of the necessity that constitutional adjudications not stand as mere dictum." Id. As well, the exception gave defendants "incentive ... to advance contentions requiring a change in the law." Id.

Under Linkletter, for instance, Los Angeles sports bettor Charles Katz had evidence excluded upon winning his famous case holding that the FBI unconstitutionally searched him by wiretapping calls from a Sunset Boulevard telephone booth. Katz v. United States, 389 U.S. 347, 359 (1967). But people who were subject to similar eavesdropping would have no such luck if (just like Katz) they were subject to wiretaps before the date of Katz's Supreme Court victory. Desist v. United States, 394 U.S. 244, 254 (1969).

In 1982, however, the Supreme Court began to abandon the Linkletter doctrine, replacing it with a rule generally more favorable to criminal defendants.

After discussion of precedent and policy, the court held that "a decision of this Court construing the Fourth Amendment is to be applied retroactively to all convictions that were not final at the time the decision was rendered." United States v. Johnson, 457 U.S. 537, 562 (1982). So long as a case was still on direct appeal, the defendant could receive the benefit of the new Supreme Court constitutional rule. In Griffith v. Kentucky, 479 U.S. 314 (1987), for instance, the court held that its watershed 14th Amendment opinion in Batson v. Kentucky, 476 U.S. 79 (1986), applied retroactively to all cases still on direct appeal.

One reason that the court gave for shifting course was to eliminate the disparity between persons who happened to bring the landmark case and those who did not. Johnson, 457 U.S. at 555-56. No longer was the person who brought the landmark case accorded special treatment. In theory, all defendants with pending cases received the benefit of a new rule. See id.

Davis concerned a search that was unconstitutional under the court's then-recent Fourth Amendment opinion in Arizona v. Gant, 556 U.S. 332 (2009), which concerned automobile searches. The search in Davis, however, took place before Gant and was constitutional under the governing law at the time, New York v. Belton, 453 U.S. 454 (1981). Davis held that the evidence was not to be excluded, because evidence obtained in a search performed "in reasonable reliance on binding precedent is not subject to the exclusionary rule." 564 U.S. at 240.

Dissenting in Davis, Justice Stephen Breyer argued that the court's application of the good-faith exception was incompatible with its broad post-Linkletter view of retroactivity. 564 U.S. at 254. Among other things, Justice Breyer appeared to find it surprising that the court may be "refusing to apply the exclusionary rule even to the defendant in the very case in which it announces a 'new rule.'" Id. at 256.

And this brings us back to Arthur Lange, the sort of defendant that Justice Breyer identified. Lange's case started when he drove down a highway in Sonoma, listening to loud music with his windows down and honking his horn. An officer began to tail him and signaled that Lange should pull over. Lange, near his home, did not, which gave the officer probable cause to arrest him for the misdemeanor of failing to comply with a police signal, in violation of Vehicle Code Section 2800(a).

The officer pursued Lange up his driveway and into his attached garage. Lange did poorly on a field sobriety test, and a later blood alcohol test showed he was three times the legal limit. Charged with driving under the influence, Lange unsuccessfully moved to suppress the evidence obtained in his garage, and our Court of Appeal affirmed that ruling in People v. Lange, 2019 WL 5654385 (Oct. 30 2019), with the case proceeding directly to the U.S. Supreme Court.

The Supreme Court vacated the opinion, holding that the entry into Lange's home may have been unconstitutional: Officers are not automatically permitted to enter a home to pursue a fleeing misdemeanant. 141 S. Ct. at 2021-22. Instead, they must seek a warrant before doing so, absent some emergency such as needing to prevent violence or evidence destruction. Id. at 2024. The court remanded the case to California.

Back in our Court of Appeal, the People conceded that the officer unconstitutionally entered Lange's home. But at the time, he acted under the authority of cases allowing California officers to enter homes in "hot pursuit" of fleeing misdemeanants. See, e.g., People v. Lloyd, 216 Cal. App. 3d 1425 (1989). Consequently, the Court of Appeal held that under Davis the exclusionary rule did not require the suppression of the evidence obtained in Lange's garage, even though Lange's own Supreme Court case established the unconstitutionality of his search. 72 Cal. App. 5th at 845-46.

Lange is not the first eponymous defendant to learn such a lesson. Timothy Carpenter established in Carpenter v. United States, 138 S. Ct. 2206 (2018), the unconstitutionality of the warrantless search of historical cellphone records chronicling his movements, but he did not receive the benefit of that ruling because the search was performed in good faith. United States v. Carpenter, 926 F.3d 313 (6th Cir. 2019). The same for Dennys Rodriguez, who made new law forbidding the extension of traffic stops for dog sniffs, Rodriguez v. United States, 135 S. Ct. 1609 (2015), but did not reap the benefit of his rule, United States v. Rodriguez, 799 F.3d 1222 (8th Cir. 2015).

The upshot is that while the Supreme Court's reasoning has changed since Linkletter, the effect can be nearly the same: Lange v. California will not affect California searches that occurred before the date of that opinion -- but that is due to the good-faith exception, not due to Linkletter's bar on retroactivity of new rules. But Lange's case reveals one thing changed from the earlier era: no longer is there an exception for the person who brought the landmark case. 

Criminal appeals in California: The nuts and bolts

By David A. Katz