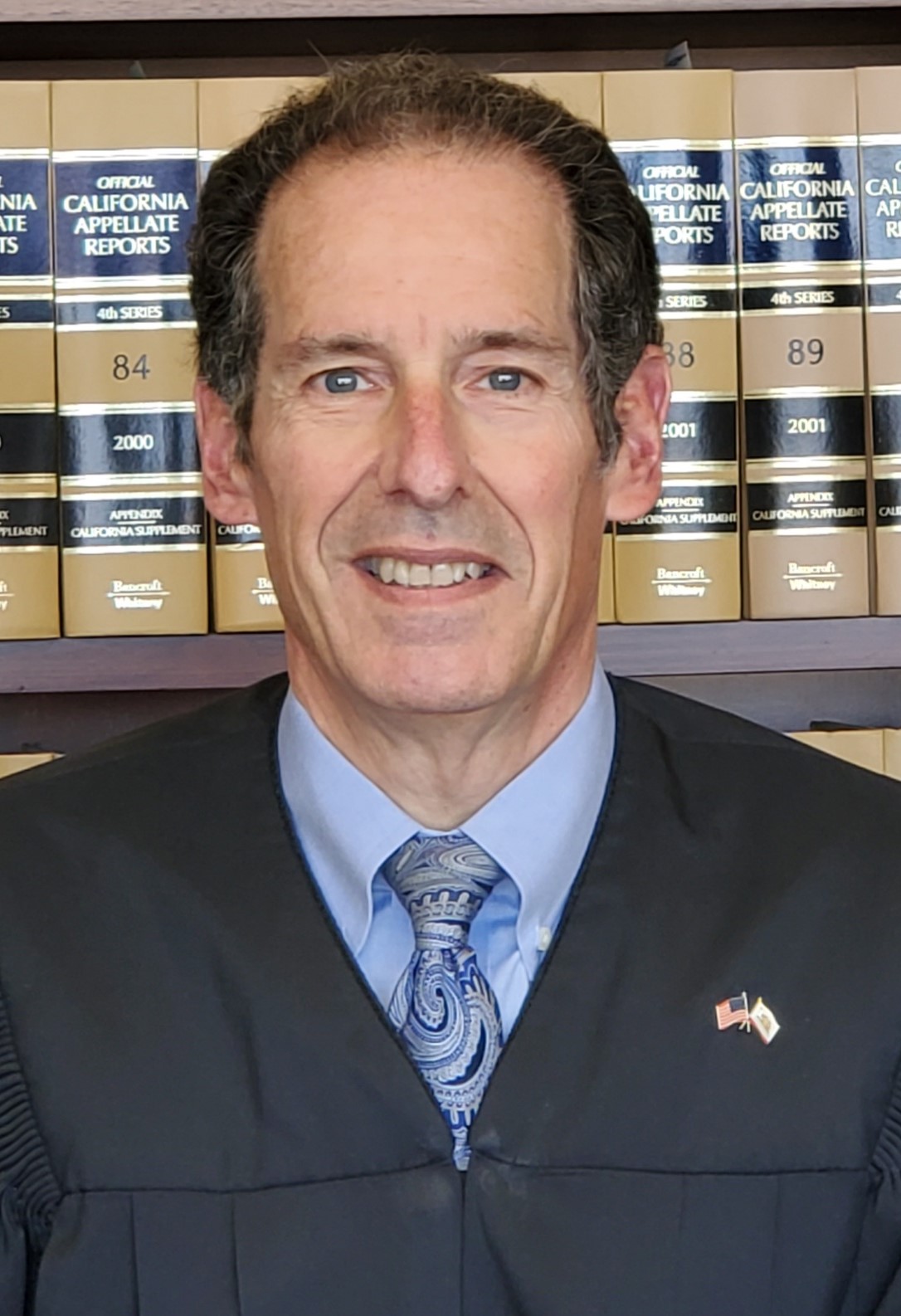 The object of this article and self-study test is to familiarize readers with the plain view doctrine pertaining to the law of search and seizure under the Fourth Amendment. Readers will learn about the scope of the doctrine, and the requirements that, for the doctrine to apply, officers must be lawfully in the place where the item is seen; the item's incriminating character is "immediately apparent" to the officer; and the officer must have a lawful right of access to the item itself. Readers will also learn about how technological advances have impacted the doctrine.

The Fourth Amendment of the U.S. Constitution states: "The right of the people to be secure in their persons, houses, papers, and effects, against unreasonable searches and seizures, shall not be violated, and no Warrants shall issue, but upon probable cause, supported by Oath or affirmation, and particularly describing the place to be searched, and the persons or things to be seized."

The Fourth Amendment generally requires police to obtain a warrant before conducting a search. However, there are many exceptions to the warrant requirement and the plain view doctrine is one of several exceptions that allow for the search and/or seizure of evidence without the need for a search warrant. A "plain sight" observation is not a search and does not implicate the Fourth Amendment.

If a person has a reasonable expectation of privacy to an object, the warrantless seizure of an object in plain view does not violate a reasonable expectation of privacy if all three conditions are met: (1) Officers are lawfully in the place where the item can be viewed; (2) the object's incriminating character must be "immediately apparent"; and (3) the officers must have lawful right of access to the object itself.

If officers are lawfully in a location from where the evidence can be plainly viewed, there is no Fourth Amendment violation. Horton v. California, 496 U.S. 128 (1990). The officer's location cannot infringe on a person's reasonable expectation of privacy. People v. Camacho, 23 Cal. 4th 824 (2000); Lorenzana v. Superior Court, 9 Cal. 3d 626 (1973). An officer standing in the common areas of an apartment complex, observing contraband though a person's uncovered windows, is not illegal. Reilly. In People v. Shaw, 97 Cal. App. 4th 833 (2002), police lawfully observed defendant retrieving contraband from a hole in the ground behind an apartment complex. These observations made from another person's private property with that person's permission and was deemed a lawful plain sight observation. In People v. Claeys, 97 Cal. App. 4th 55 (2002), officers entered a neighbor's yard without permission and were lawfully able to see marijuana plants growing on defendant's property next door. Observations made in residential and commercial locations that are open to the public and tenants are permissible, including open carports of an apartment complex or hotel. People v. Arango, 12 Cal. App. 4th 450 (1993). Observations made from hotel hallways into a hotel room are also permissible. People v. Zabelle, 50 Cal. App. 4th 1282 (1996). However, uninvited entries into a garage, backyard or side yard of a single-family residence infringe on reasonable privacy expectations and the areas would not be considered open to the public. People v. Winters, 149 Cal. App. 3d 705 (1983); Camacho.

If an officer is lawfully inside one's residence by consent of the occupant, or in order to execute a search warrant, items in plain sight can be seized. See People v. Ovieda, 7 Cal. 5th 1034 (2019). This is a common occurrence, where officers have a search warrant for drugs, for example, and they see firearms or other illegal items in their search. These items are subject to seizure. In United States v. Ewain, 88 F.3d 689 (9th Cir. 1996), state narcotics detectives with a search warrant for drugs invited a federal postal inspector to accompany them on the warrant. The narcotics detectives had suspected Ewain of also committing postal crimes based on statements made from Ewain's former roommate. The search resulted in the seizure of methamphetamine and postal theft evidence. Even though the warrant was only for drugs, the postal theft evidence was legally seized because the detectives and postal inspector were lawfully in the premises with a search warrant and the postal theft evidence was in plain view.

The plain view doctrine is routinely used in valid traffic stops. If a driver is lawfully detained on a traffic stop, the approaching officer can look inside the vehicle from the outside and seize illegal items or contraband in view of the officer. Open containers of alcohol, drugs and drug paraphernalia are common sightings. Texas v. Brown, 460 U.S. 730 (1983). In United States v. Hall, 974 F.2d 1201 (9th Cir. 1992), deputy sheriffs lawfully detained Hall and his brother outside a liquor store on suspicion of robbery. During the detention, deputies overheard police transmissions coming from a scanning receiver observed inside Hall's car. The car contained an open canvas bag containing dollar bills, a syringe, a glass pipe and spoons. The appellate court found that both the radio and the bag with its overflowing contents were admissible under the plain view exception to the warrant requirement.

The inside of a parked vehicle can be viewed from the outside by police. In Head v. United States, 783 F.2d 1422 (9th Cir. 1986), DEA agents followed a van leaving a suspected drug lab house and the van pulled into a 7-Eleven parking lot. Agents questioned the driver leaving the store and looked through the tinted windows of the van and saw boxes of chemicals used to manufacture drugs. Agents arrested the driver and the search of the van was upheld. The court held that looking into the van was not a search.

Law enforcement can view property from the airspace above. Observations from a plane or a helicopter are permissible so long as done in a nonintrusive manner. In Florida v. Riley, 488 U.S. 445 (1989), a helicopter flying at 400 feet was lawfully used to observe marijuana plants in a greenhouse. In Ciraolo, the United States Supreme Court held that a naked-eye police inspection of the backyard of a house from a fixed-wing aircraft at 1,000 feet was not a search. Likewise, observations from an open field are lawful so long as the observations were made outside the curtilage of the property. Oliver v. United States, 466 U.S. 170 (1984). In United States v. Dunn, 480 U.S. 294 (1987), the Supreme Court concluded that officers did not conduct a warrantless search when they stood in an open field outside the curtilage and looked into the open door of a barn inside the curtilage.

The Incriminating Character of the Observed Object Is Immediately Apparent

Under the plain view doctrine, police must have probable cause to believe that the objects or property are contraband or evidence of a law violation. The incriminating character of the observed items must exist upon initial observation before they are moved. The landmark case in this area is Arizona v. Hicks, 480 U.S. 321 (1987). In Hicks, the police were lawfully present at an apartment investigating an alleged shooting. While inside the dwelling, the officer noticed some expensive stereo equipment, which looked out of place in the dilapidated apartment. The officer moved the equipment to record its serial numbers and subsequently discovered that the equipment had been stolen during an armed robbery. The Supreme Court held that, even though the officer was legitimately inside the apartment and even though the equipment was in plain view, when the officer moved the equipment, he committed a new search that required independent justification. The search of the stereo equipment for serial numbers violated then Fourth Amendment since inspecting the apartment for stolen property was unconnected to investigating the gunshot and moving the equipment was not justified.

Officers Have a Lawful Right of Access to the Property

It is important to note that observations of contraband or illegal items do not automatically mean that police can seize the item without a warrant. A right to seize an object does not always authorize a search without a warrant. A police officer is required to obtain a warrant to enter a residence even if contraband is clearly displayed in a window and the officer observes the contraband from a place in which he or she has a right to be. Horton; People v. LeBlanc, 60 Cal. App. 4th 157 (1997). Observations of contraband or illegal items are often cited in search warrant affidavits to establish probable cause for a search warrant. For example, in Riley, observations from a helicopter were later used to obtain a search warrant to seize illegal marijuana plants.

Technology and the Plain View Doctrine

Police can use sense-enhancing technology so long as they do not violate reasonable privacy expectations. The use of a flashlight to look into a structure or car, when the officers are in a place they have a lawful right to be, is not a search. Dunn; Texas. The use of binoculars to enhance what the officer can already see, depending upon the degree of expectation of privacy involved under the circumstances, is normally lawful. People v. Arno, 90 Cal. App. 3d 505 (1979). Aerial photography with a camera does not violate reasonable privacy expectations. Ciraolo.

However, thermal imaging devices to gather heat use information from inside a home interferes with a reasonable expectation of privacy and is unlawful without a search warrant. Kyllo v. United States, 533 U.S. 27 (2001). The Supreme Court concluded that use of such a device "constitutes a search ... where ... the technology in question is not in general public use." Relying on this rationale, it has been held that use of night vision goggles is not a search, because "night goggles are commonly used by the military, police and border patrol, and they are available to the general public via Internet sales." People v. Lieng, 190 Cal. App. 4th 1213 (2010). 

When you win and you don’t

Criminal appeals in California: The nuts and bolts

By David A. Katz