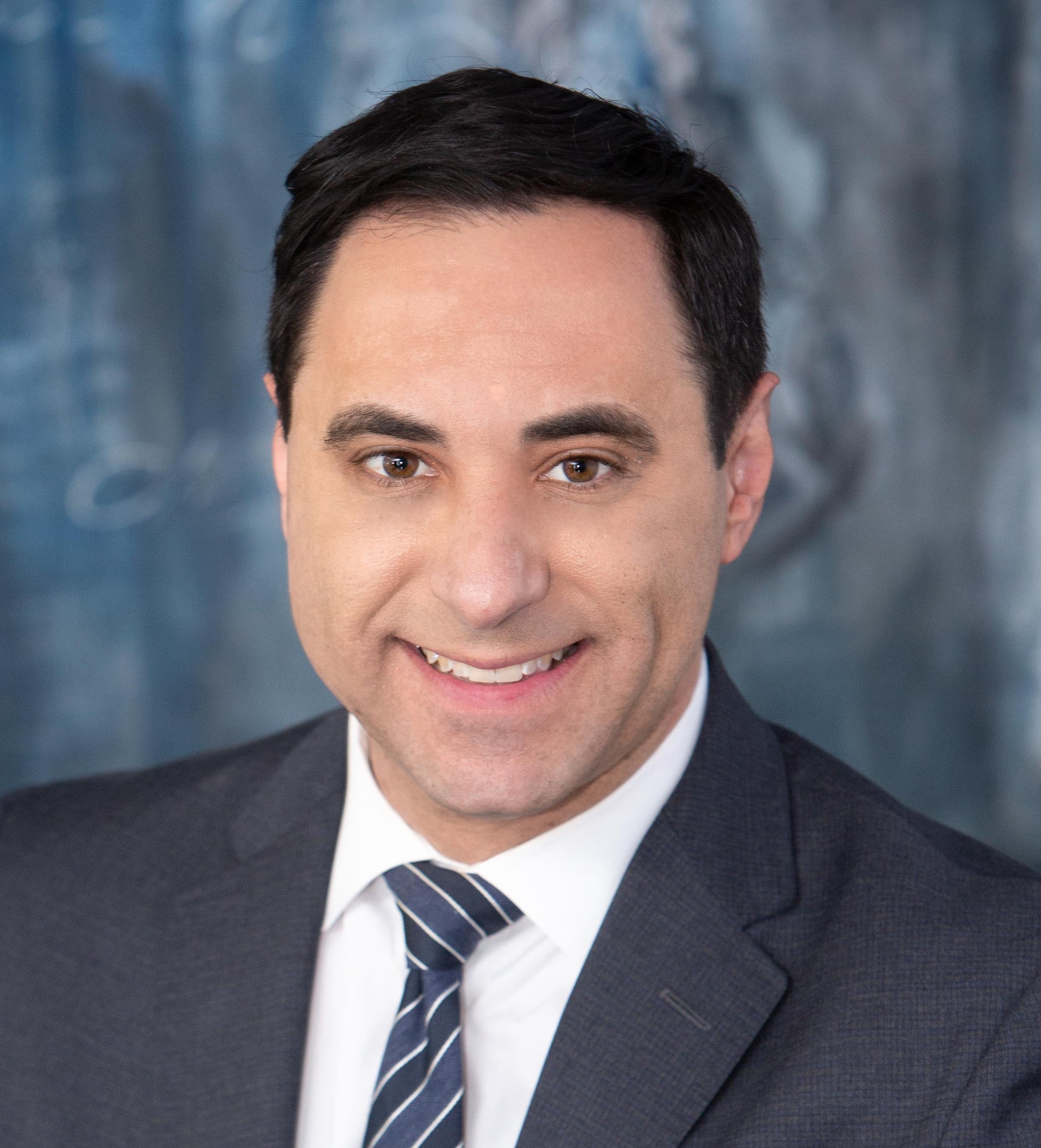 In premises liability cases, property owner's or manager's persons most qualified (PMQ) are often deposed pursuant to California Code of Civil Procedure Section 2025.230, regarding topics central to the premises liability/negligence cause of action.

California Code of Civil Procedure Section 2025.230, provides, "If the deponent named is not a natural person, the deposition notice shall describe with reasonable particularity the matters on which examination is requested. In that event, the deponent shall designate and produce at the deposition those of its officers, directors, managing agents, employees, or agents who are most qualified to testify on its behalf as to those matters to the extent of any information known or reasonably available to the deponent."

This Code section requires an entity, such as a defendant premises owner, to designate its representative(s) that will speak on its behalf and bind the defendant to testimony relating to the categories specified in the deposition notice, in that the deponent must testify regarding matters not only within his/her knowledge, but also as to information reasonably available to the deponent. As such, the designated deponent has a duty to inform him/herself and should be familiar with all information known to the defendant which he/she represents, on the categories set forth with reasonable particularity in the deposition notice. Furthermore, a PMQ is expected to search for documents requested in the deposition notice, including making inquiry to others within the company who might be in possession of responsive documents. See Maldonado v. Superior Court, 94 Cal. App. 4th 1390, (2d Dist. 2002).

As such, PMQ depositions in premises liability cases are a tool utilized by plaintiffs to seek all information known to, and documents in the possession of, the defendant.

This article is not meant to be a comprehensive outline of topics often covered in such depositions. One may simply look at the CACI jury instructions regarding premises liability, as well as their included annotations, to foresee the typical categories covered in a PMQ deposition. Rather, this article is meant to focus on two discrete issues which are often covered in such depositions and how deposition testimony relating to the same may affect the admission of certain types of evidence at trial. Those topics being: 1) incidents which occurred at the premises which are similar to the incident which is the subject of litigation, or absence of such similar incidents; and 2) subsequent measures taken to remediate the condition of the premises the plaintiff contends was dangerous.

"In an action against a public entity for injury caused by a dangerous condition of public property, where the circumstances are similar, and the happenings are not too remote in time, other accidents may be proved to show a defective or dangerous condition, knowledge or notice thereof, or to establish the cause of an accident, but before evidence of previous injuries can be admitted on the issue of whether the condition was a dangerous one, it must first be shown that the conditions under which the alleged previous accidents occurred were the same or substantially similar to the one in question. Cordova v. City of Los Angeles, 150 Cal. Rptr. 3d 818 (Cal. App. 2d Dist. 2012), review granted and opinion superseded on other grounds, 154 Cal. Rptr. 3d 73, 296 P.3d 974 (Cal. 2013) and judgment rev'd on other grounds, 61 Cal. 4th 1099, 190 Cal. Rptr. 3d 850, 353 P.3d 773 (2015)."

"Similarly, knowledge of a prior accident similar to that suffered by the person on the premises is admissible as tending to show the cause of the person's injury, notice to the defendant of the dangerous condition of the premises, the defendant's negligence in failing to correct it, and the defendant's duty to have anticipated similar accidents. Wukaloff v. Malibou Lake Mountain Club, 96 Cal. App. 2d 147, 214 P.2d 832 (2d Dist. 1950)."

As such, testimony is often sought from the premises owner or manager's PMQ relating to prior incidents involving the same condition which is at issue in the litigation, as the plaintiff attempts to establish that the circumstances surrounding any prior incidents were in fact similar and not too remote in time as compared to the subject incident, and that therefore the subject condition was dangerous and/or the defendant had notice thereof.

Furthermore, evidence of subsequent incidents involving the same condition on the property are also often a subject of inquiry, as the same may be admissible to prove a condition was dangerous, if substantially similar to the incident in question. See Simmons v. Southern Pac. Transportation Co. (1976) 62 Cal.App.3d 341, 365.

On the opposite side of the equation, defendants often argue that the condition alleged to be dangerous had existed for a lengthy period of time prior to the subject incident, without the occurrence of an incident or injury, in order to prove that the condition was not dangerous, nor was injury foreseeable. However, there has been some conflict in the law as to whether such evidence is admissible.

Yet, the court in Beauchamp v. Los Gatos Golf Course (1969) 273 Cal.App.2d 20, held, "The operation of an instrumentality for a reasonable period of time under similar circumstances may have a tendency to show that in the ordinary course of things, an accident not having previously occurred, there is no reason to anticipate one. This rule arises upon the theory of probable responsibility. Such evidence would simply be a circumstance to consider with other evidence in the case." City of Oakland v. Pacific Gas & Elec. Co. 47 Cal.App.2d 444, 448 [118 P.2d 328]. Where foreseeability of harm is an element in establishing a defendant's duty as a person using ordinary care, the absence of accidents of the type here concerned is just as much a factor as his knowledge or notice that there were such incidents. There is some reluctance to accept such negative evidence, perhaps due to the absence of a showing that the same or similar conditions existed. (Sellars v. Southern Pac. Co., 33 Cal. App. 701, 709 [166 P. 599] Lim Ben. v. Pacific Gas & Elec. Co., 101 Cal.App 174, 182 [281 P. 634]."

Whether testimony regarding an absence of similar incidents at the premises is admissible will often hinge on whether there is a foundation for such evidence. Benson v. Honda Motor Co. (1994) 26 Cal.App.4th 1337, 1344, although a case involving products liability, addressed the foundation required for testimony regarding an absence of prior incidents, as follows: "There are two possible explanations why a witness knows of no prior accident. 'The first is that there have been no prior accidents; the second is that there have been prior accidents but the witness does not know about them...' (Jones v. Pak-Mor Mfg. Co., supra, 700 P.2d at p. 824.) Therefore, at minimum, the proponent should proffer evidence through a witness who is familiar with product safety surveys or safety records concerning the product. In Jones v. Pak-Mor Mfg. Co., supra, 700 P.2d 819, the Arizona Supreme Court disallowed evidence of prior similar claims because it was not supported by any significant product safety survey or safety record search. (But compare Caldwell v. Yamaha Motor Co., Ltd., supra, 648 P.2d 519, in which the Wyoming Supreme Court allowed such evidence from a witness who merely traveled to motorcycle races and had spoken with riders of defendant's motorcycles; also compare Minichello v. U.S. Industries, Inc., supra, 756 F.2d at page 31, in which that court held that failure to proffer evidence of systematic safety records or witness conversant about the part in question goes to weight, not admissibility of such evidence.)"

As such, in a PMQ deposition, often the defendant's policies, procedures, and practices for documenting complaints, incidents, and injuries related to similar conditions are the subjects of inquiry, as the foundation and/or weight of testimony proffered by the defense, that there was an absence of prior similar incidents, is examined.

Another topic expected to be examined at a PMQ deposition is whether there were any measures taken subsequent to the incident to remediate the condition the plaintiff alleges to have been dangerous. Although under the Evidence Code Section1151, evidence of remedial or precautionary measures taken after the occurrence of an event, which if taken previously would have tended to make the event less likely to occur, is inadmissible to prove negligence or culpable conduct in connection with the event, such evidence is discoverable. See Bank of the Orient v. Superior Court (App. 1 Dist. 1977) 67 CalApp3d 588, 136 Cal Rptr 741.

Impeachment by evidence of previous conduct inconsistent with the fact or belief asserted by the witness on the stand. Impeachment by evidence of precautions taken after an accident has been held proper in cases where the witness himself authorized, recommended, approved, directed, or supervised the making, or himself made the subsequent repair, alteration or change of procedure. It is readily apparent that the trier of the facts might reasonably consider such conduct on the part of the witness to be inconsistent with his testimony that in his opinion, or according to his observation, the condition existing before the change was safe or free from defect. As we shall demonstrate shortly, this was the nature of the impeaching evidence held admissible in the cases relied upon by respondent. Hatfield v. Levy Brothers, supra, 18 Cal.2d 798, 809-810, 117 P.2d 841; Inyo Chemical Co. v. City of Los Angeles, supra, 5 Cal.2d 525, 543-544, 55 P.2d 850; Daggett v. Atchison, T. & S. F. Ry. Co., supra, 48 Cal.2d 655, 313 P.2d 557, with respect to one of the two witnesses involved in Daggett. But, manifestly, the fact that after the accident some unidentified person other than the witness directed or authorized alterations affords no basis for the utilization of the method of impeachment now under consideration. The witness Lammers had absolutely nothing to do with installing or ordering the installation of the abrasive strips. There was no evidence of conduct on his part which was in the slightest degree inconsistent with any observation or belief to which he testified. Although it seems clearly to beg the question, the following statement from respondent's brief confirms our observations in regard to the matter presently under discussion: 'The purpose of impeachment in the instant case was not to show prior inconsistent acts or statements, but rather to impeach his testimony.' (Emphasis added.)"

Careful consideration of these issues should be made by attorneys representing both the plaintiff and defendant as the testimony gathered at PMQ depositions will substantiate some critical arguments to be made in motions in limine to exclude potentially case determinative evidence.

A new process for medical malpractice claims against the military