Is FTC’s bark worse than its bite when it comes to influencers? 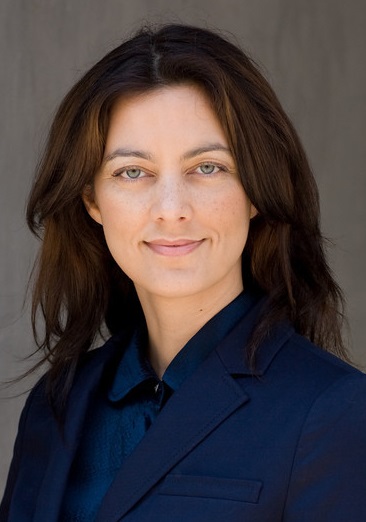 Melissa is an attorney with her own intellectual property, entertainment and business transactional practice in Beverly Hills.

The Federal Trade Commission grew out of the American antitrust movement whose goal was to prevent manufacturers from price-fixing. President Woodrow Wilson signed the FTC Act into law on Sept. 26, 1914, thereby establishing the commission. Its stated mission is "[p]rotecting consumers and competition by preventing anticompetitive, deceptive, and unfair business practices through law enforcement, advocacy, and education without unduly burdening legitimate business activity."

Under the foregoing mandate today's FTC engages in the monitoring of diverse companies and individuals who use endorsements and testimonials in advertising. Federal regulations set forth the "Guides Concerning the Use of Endorsements and Testimonials in Advertising." 16 C.F.R. Part 255. The guides consist of the administrative guidelines relating to Section 5 of the FTC Act (15 U.S.C. Section 45), and make it clear that 2019's social media influencers and the companies who pay them are subject to the same truth-in-advertising laws as any other company.

Recently, influencers have been in the FTC's crosshairs as recipients of warning letters and actions against them. On Sept. 7, 2017, the FTC for the first time instituted an action against individual online influencers. See Complaint, In re CSGOLotto, Inc., FTC Docket No. C-4632 (2017). This was the initial sign that influencer marketing would be taken as seriously as other business marketing.

In CSGOLotto, the owners of an online gambling platform, CSGO Lotto Inc., were targeted for failing to disclose that they were actually the owners of the company they were endorsing. The influencers, Trevor Martin and Thomas Cassell, had posted videos on YouTube showing themselves winning virtual currency and actively urging others to use the online gambling service. They also paid other influencers thousands of dollars to post material on YouTube, Twitch, Twitter and Facebook promoting CSGO Lotto's website. They eventually settled the FTC's complaint against them. Notably, the FTC did not issue any requirement for customer restitution or relief pursuant to its lawful authority. It merely ordered Martin and Cassell to disclose all material connections with paid endorsers and between paid endorsers and their gambling service.

The same day the FTC filed the CSGOLotto complaint, it issued a press release stating that it had sent warning letters to 21 influencers, including Lindsay Lohan and Naomi Campbell, among others. The focal point of these letters was the following language: "The FTC's Endorsement Guides state that if there is a 'material connection' between an endorser and the marketer of a product -- in other words, a connection that might affect the weight or credibility that consumers give the endorsement -- that connection should be clearly and conspicuously disclosed, unless the connection is already clear from the context of the communication containing the endorsement. Material connections could consist of a business or family relationship, monetary payment, or the provision of free products to the endorser." (Emphasis added.) These warning letters were simply instructive queries; the FTC did not take action to demand consumer restitution or redress. In the FTC's own words: "The latest round asks the recipients to let us know if they have material connections to the brands in the identified social media posts. If they do, we've asked them to spell out the steps they will be taking to make sure they clearly disclose their material connections to brands and businesses." Yet again, the FTC simply sought clarification and reassurance about future compliance protocol.

So what kind of legal firepower the FTC actually possesses in its arsenal to protect the public from deceptive practices? The first step in the FTC's process is typically issuing a warning letter. Then, the FTC may file a formal administrative action and hold an administrative trial when it has reason to believe the law is being or has been violated by an influencer or company utilizing influencers. The FTC will issue an order based on the administrative hearing which may contain demands for consumer redress or relief. The final order carries with it the force of law, and if a respondent violates it, the respondent may be liable for a civil penalty in the amount of $42,530 for each violation. 16 C.F.R. Rule 1.98(c). The penalties for violating such an order are to be enforced by a district court in a lawsuit. See, e.g., F.T.C. v. H. N. Singer, Inc., 668 F.2d 1107 (9th Cir. 1982).

Despite the fact that the FTC may demand consumer redress or relief, this has not transpired in any cases against influencers. The only actual order against influencers that has been issued to date is the one against Martin and Cassell. This may be due to the fact that it is difficult to tell when a post by an influencer reflects genuine enthusiasm for a product or service or it is a paid endorsement. Typically, the FTC takes appropriate measures seeking clarification via warning letter in order to determine if an influencer has posted paid ads without the proper disclosures. The first letter is generally a fact-finding mission with the punitive equivalent of a proverbial slap on the wrist, but it is an essential first step. Whether these initial letters constitute a sufficient deterrent is unclear.

New York Magazine reporter Simon Owens wrote that, "[a]s the influencer market grows, fraud is becoming more rampant, and it's increasingly difficult to discern when influencers are engaging in above-board, ethical publishing." "Is It Time to Regulate Social Media Influencers?" N.Y. Magazine (Jan. 19, 2019). Owens says that consumers might wonder what the government has done to curtail this abuse by influencers after Congress called in executive after executive and grilled them on "topics that included data collection, influence from foreign actors, and alleged bias against conservative voices, virtually none of the discussion touched on influencer marketing." (Emphasis added.)

The time may be ripe for more serious action by the FTC. However, only after the FTC issues a warning letter and takes formal action and the influencer fails to comply with any order arising from the action can violations of orders be enforced by district courts. The issue for concerned consumers and consumer organizations is spurring the FTC to send more warning letters more frequently and to take action when the evidence shows noncompliance.

Allison Fitzpatrick, a partner in the advertising, marketing and promotions practice group of Davis & Gilbert, LLP, opined that additional pressure from consumer advocacy groups and the demonstration of real harm resulting from the postings of influencers might be needed to provoke FTC action. Fitzpatrick suggested in a telephone interview that an incident like the "Fyre Festival" disaster may be precisely the type of influencer-involved advertising and endorsement that prompts a harsher response by the FTC.

Committed followers of Instagrammers like Kendall Jenner and Bella Hadid arguably suffered harm from spending thousands of dollars to purchase festival tickets and to travel to the Bahamas. Jenner reportedly was paid $250,000 to promote the festival, while other influencers were paid $10,000 per post -- often without disclosing that they were being paid. The agency representing influencers Bella Haddid, Hailey Bieber and Emily Ratajkowski was paid $1.2 million dollars by Fyre Festival co-founder Billy McFarland, who is currently serving a six-year prison sentence for fraud. In sum, influencers made a lot of money off the blind trust of Instagram follower consumers who believed the hype of such paid influencers. Yet none have even been issued a warning letter, nor are they subject to any FTC order.

Some festival attendees experienced dehydration, sickness and severe stress, not to mention the horror they felt when they first saw their accommodations (disaster relief tents) and the shortage of port-a-potties. Festival attendees appear to have suffered real monetary, emotional and physical harm from trusting the advertising and endorsements of popular influencers who profited from the fiasco while failing to comply with the FTC guidance. It seems such influencers would be appropriate targets for FTC letters, actions and fines, especially in light of the FTC's stated mission of protecting consumers from deceptive business practices.

From the standpoint of consumers who need to be protected by the government ensuring that influencers comply with the FTC guides, so that experiences like the Fyre Festival are not repeated, more serious steps may need to be taken more often by the FTC and the district courts. Potentially, writing to the FTC and to consumer activist groups and nonprofits may also incentivize the FTC to take action against noncompliant influencers. From the perspective of lawyers advising influencers and the companies who engage their services, the FTC guidance may not be as clear as it should be about how to adequately disclose an influencer client's paid endorser status. Attorneys may want to write to the FTC with suggestions on how to clarify the guidance. However, in a nutshell, the operative word for compliance is "disclosure" -- the FTC tells us that it is not "mandating the specific wording of disclosures" and that the same general principle applies across social media and all advertising media -- "that people get the information they need to evaluate sponsored statements."

In sum, it will be interesting to see what the fallout of the epic failure of the Fyre Festival amounts to and whether or not it spurs the FTC and the district courts into greater action.

The rise and fall of the EU-US Privacy Shield

By Heather A. Antoine, Mallory Petroli

By Heather A. Antoine, Mallory Petroli

Enforcement of money judgments: How the new debtor exemptions impact you

By Daniel B. Garrie, Howard B. Miller