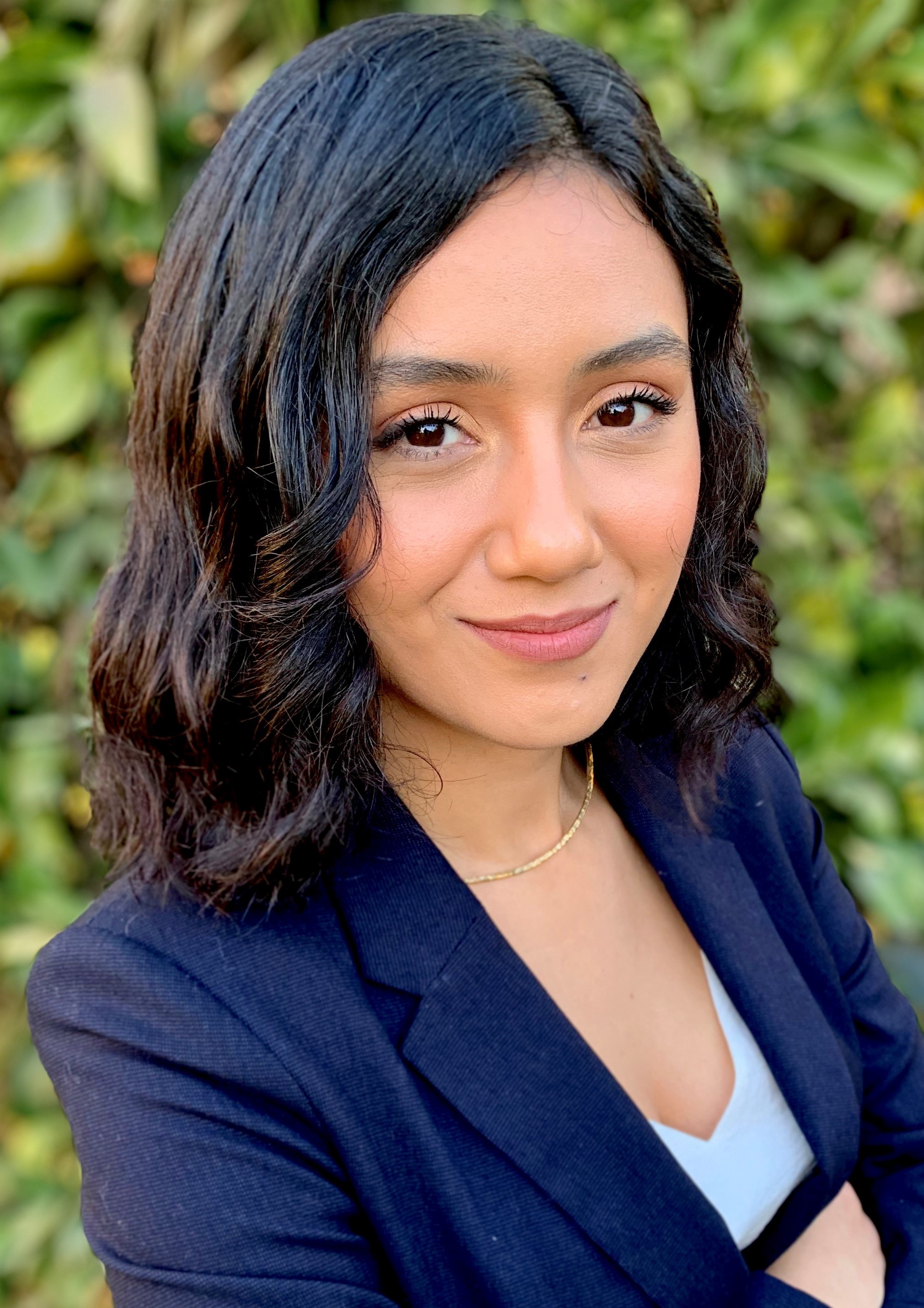 2020 is not likely to be fondly remembered. At least, not if the topic is politics, personal freedom, and economic prosperity. But while time marches slowly during the pandemic, the California Supreme Court has been marching steadily, issuing opinions with broad implications for civil litigators. This article discusses three of those 2020 decisions. Unlike COVID-19, getting out in front of these cases should not be that difficult -- as long as social distancing does not mean avoiding reality.

In People v. Veamatahau, 9 Cal. 5th 16 (2020), the court resolved yet another evidence wrinkle spawned by People v. Sanchez, 63 Cal. 4th 665 (2016). As many will vividly recall (especially those in trial at the time), Sanchez disrupted decades of expert testimony practices by announcing an enforceable line between experts permissibly relating the basis for opinion versus impermissibly relating inadmissible, case-specific hearsay.

This time, in Veamatahau, the issue was whether expert testimony describing use of a drug identity database related inadmissible, case-specific hearsay. Recall that under Evidence Code Section 802, so long as the matter is of a type that experts may reasonably rely upon, it may be relayed to the factfinder whether or not admissible. But the appellate courts were grappling with Sanchez's implications -- was use of the drug database just part of such reasonable reliance by the expert when forming the opinion that a particular controlled substance was found in defendant's possession? Or did relaying to the jury use of the database to confirm the drug's identity involve case-specific hearsay (albeit, opening the door to hearsay exceptions)? Sanchez has not always been easy to apply.

The defendant argued that by applying database information to identify the drug, the expert had impermissibly related case-specific hearsay. The high court rejected the argument. The database was merely "the kind of background information experts have traditionally been able to rely on and relate to the jury." Expert witnesses rely on their specific knowledge, skill, experience, training and education to select a source, digest the information from that source, form an opinion about the reliability of the source based on their experience, and apply the information garnered from the source to the facts of a particular case. Resort to such sources to reach an opinion, which embraces the ultimate issue to be decided, does not transform the opinion into one impermissibly relaying case-specific hearsay to a jury.

The court concluded that determining whether expert testimony conveys impermissible case-specific hearsay turns on the information conveyed by the expert's testimony, not how the expert came to learn that information. But "how" the expert reached a conclusion can also involve case-specific facts, right? So perhaps the database cases are the "easy" ones. Stay tuned as Sanchez's ripple effects continue to crash appellate shores.

Hearsay featured prominently in another 2020 Supreme Court decision. In Hart v. Keenan, 9 Cal. 5th 442 (2020), the court confronted a classic hearsay issue. There, the plaintiffs sued Keenan Properties for supplying pipe containing asbestos. The events occurred 44 years ago, and the key question was whether Keenan actually supplied the pipes used at plaintiff Frank Hart's jobsite. The evidence turned on the recollection of a foreman for Hart's employer. He recalled asbestos pipes on the project, and also recalled seeing a distinctive "K" on certain invoices for pipes delivered to the job. Keenan had such a logo at the time.

Over Keenan's objection, the trial court ruled that the foreman's invoice logo recollections were not inadmissible hearsay but circumstantial evidence linking Keenan's pipes to that project. Alternatively, the court ruled that even if such evidence was hearsay, it came in as the statement of a party opponent (the logo as "statement," not the foreman's testimony). The jury awarded plaintiffs $1.6 million.

A split Court of Appeal reversed, concluding that the foreman's description of the invoices was inadmissible hearsay. To the appellate court majority, the absence of any authenticated invoices meant that the foreman impermissibly related what the invoices he had seen on the job said, for the truth of the matter asserted by the invoices -- Keenan supplied the pipes.

The Supreme Court reversed. The high court agreed with the trial court that the foreman's recollection of the logo was not offered to prove the truth of anything the invoices said, but rather, was circumstantial evidence that Keenan was a pipe supplier on the project. The hearsay prohibition did not even apply. The court pointed out that words -- spoken or written -- can be relevant without offering to prove the truth of those words. Documents bearing a defendant's name, address and other information found at a certain location can, inferentially speaking, link the person to the location -- irrespective of the truth of the contents. The foreman's recollections -- if accepted by the jury -- established the same kind of link.

The court said there was no authentication problem either. The content of a writing can be authenticated by circumstantial evidence too. And the logo described by the foreman was indeed consistent with a Keenan logo known to exist at the time, Keenan made the type of pipe in question, and even sold some to plaintiff's employer from time to time at various locations. "The foundation for authenticity was sufficient." The evidence linking Keenan's pipe to plaintiff's jobsite may have been thin, and may have been subject to skepticism, but it was not inadmissible hearsay. All of which brings to mind the primal question and eternal lament: Are the words being offered to prove the truth of the matter asserted? And why is hearsay always so easy (in hindsight)?

Can a party agree to a particular manner of service, then later avoid service by claiming the means agreed to is preempted by the Hague Convention? In Rockefeller Technology Investments (Asia) VII v. Changzhou SinoType Technology Co., Ltd., 9 Cal. 5th 125 (2020), the court said not this time.

In Rockefeller Technology, the parties executed an agreement to submit disputes to California courts, resolve them with arbitration, and to allow service of process using Federal Express or a similar carrier. After a dispute broke out, Rockefeller served SinoType in China using FedEx for service. SinoType failed to appear, a $414 million arbitration award in Rockefeller's favor was confirmed, and judgment was entered against SinoType.

SinoType specially appeared, moving to set aside the default judgment for insufficient service of process. SinoType asserted that it did not receive actual notice until after the award was confirmed, and that Rockefeller's failure to comply with the Hague Convention including China's refusal to recognize alternative service (such as FedEx), rendered the judgment void. While the trial court denied SinoType's motion, the Court of Appeal embraced it, concluding the judgment was indeed void.

The Supreme Court reversed. As the court put it, "the question here is whether China's objection [to alternative forms of notification] estops its citizens" from ever making such arrangements. In concluding that the answer is "no," the court focused on California, not China, because one looks to the "law of the sending forum, in this case California." China's objection to alternative service under the Hague Convention mattered only if California required service "to comply with the Convention" and also precluded alternative arrangements. If alternative service was precluded, then personal jurisdiction would be lacking.

Turning to California's statutes on service of process, the court found no per se bar to agreements on alternative means and methods of service. Then, turning to Section 1290.4 of the California Arbitration Act, the court noted allowance for service "in the manner provided in the arbitration agreement." Similarly, under Section 1293, when a party signs an agreement for arbitration in California, such party is deemed to consent to the jurisdiction of California's courts. By making such an agreement, SinoType agreed to the means of service Rockefeller utilized and to subject itself to the power of California courts.

Reminding readers that formal service of process effects two essential components: obtaining personal jurisdiction over a defendant and notice of court proceedings enabling a defense -- the court concluded that SinoType "waived both aspects." Personal jurisdiction had been waived by SinoType's agreement to submit disputes to federal and state courts in California. This meant that the only issue was effective notice for purposes of mounting a defense. With respect to notice, the parties' agreement expressly included notice by FedEx or "similar courier." Thus, the agreement left "little doubt the parties intended to supplant any statutory service procedures."

What about the Hague Convention escape hatch? The court reiterated that the Convention applies to transmittals abroad "required as a necessary part of service." But forum state law controls what is necessary to effect service. Since California law recognized the kinds of waivers made by the parties here, the Convention had no application to such facts. Indeed, "to apply the Convention under such circumstances would sow confusion and encourage gamesmanship and sharp practices." SinoType's gambit, if that is what it was, failed.

It all sounds a lot like a civil procedure final exam, doesn't it? And unless the client's assets are totally secure behind a Great Wall, better to bone up on effective service before defaulting, not after! 