Accidental franchises: What you don't know can hurt your client 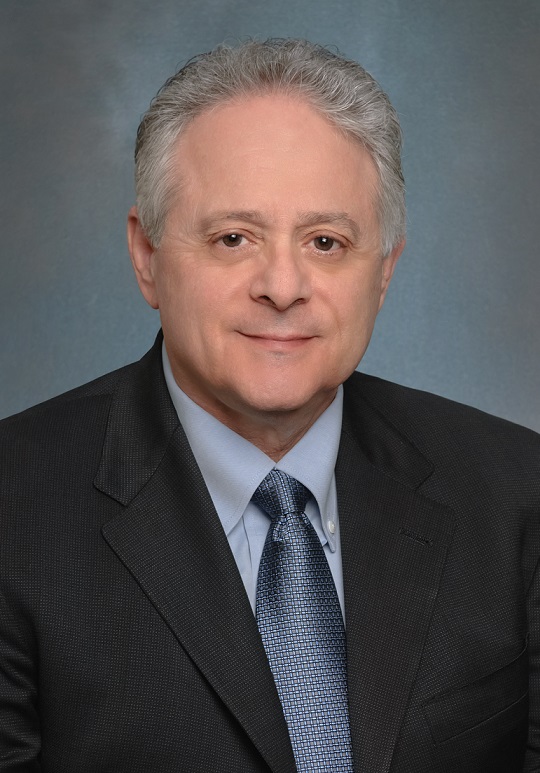 Barry is the chair of the Franchise & Distribution Practice Group at Lewitt Hackman. 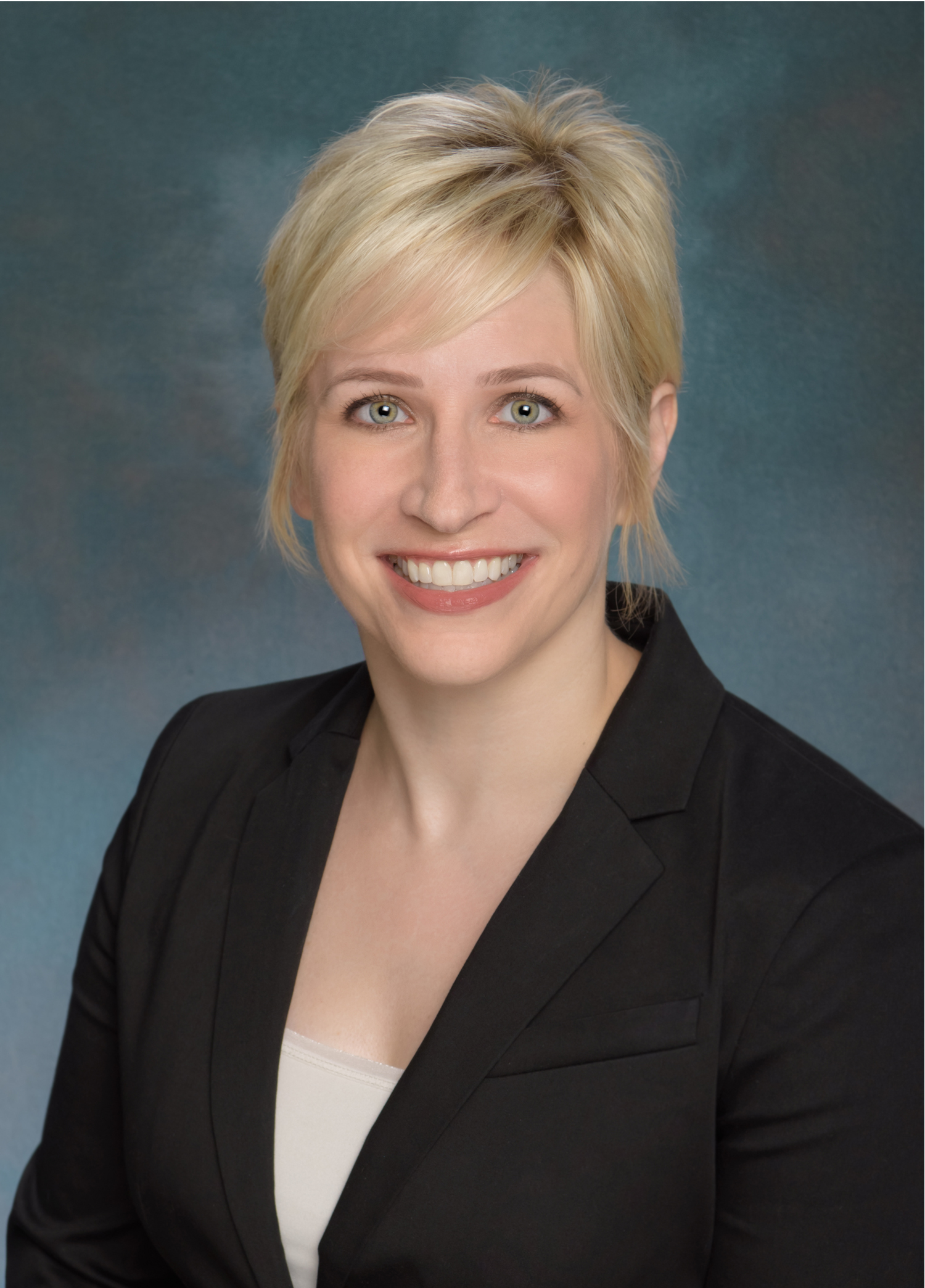 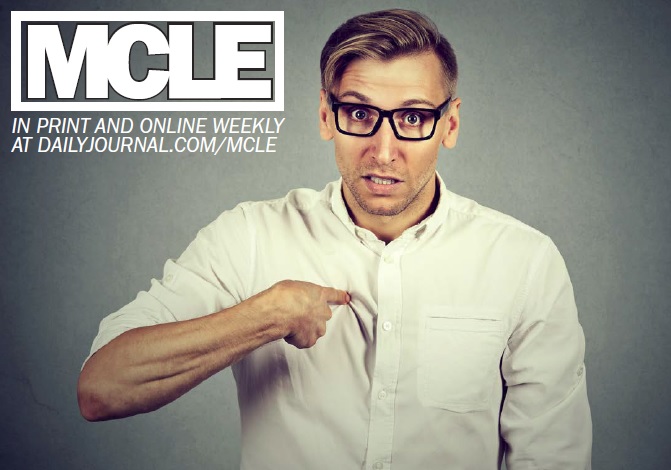 Why should all business attorneys be concerned about franchise laws? Businesspeople and attorneys often are unaware that franchise laws impact a variety of business relationships. Under federal law, as well as in California, it does not matter whether you call a business arrangement a "partnership," a "license," a "dealership," a "joint venture" or something else when you draft the agreement, or whether the agreement disclaims the existence of a franchise; if the elements of a franchise are present, it is a franchise. Franchising is a highly complex area of the law that lends itself to specialization. Knowing the following basics can help you identify franchise arrangements and prevent your business clients from becoming accidental franchisors, or from inadvertently contracting with an accidental franchisor.

What Is a Franchise Under California Law?

If a business uses another company's trademark to identify itself, or in its advertising, it can be argued that the business is "substantially associated" with the franchisor's trademark. Courts have broadly interpreted the "substantial associated" element. For example, in Kim v. ServoSnax, 10 Cal. App. 4th 1346 (1992), a California appellate court held that the trademark element was satisfied in a licensing arrangement even though the licensor's trademark was not communicated to the public or to customers. In fact, the licensee did not use licensor's mark in its business. However, the court found there was substantial association with a trademark because the licensor's brand name was important to third-party facility owners in deciding whether to permit franchised locations to operate on their premises.

The "fee" element is also easily satisfied. Just about any payment to the licensor or its affiliate for licensing or distribution rights can fulfill the "fee" element, regardless of what the parties call it in their agreements. However, payments that do not exceed the bona fide wholesale price of inventory are excluded from the definition of a franchise fee, if there is no accompanying obligation to purchase excessive quantities. Further, ordinary business expenses are not franchise fees. Most product distribution relationships are structured by using this exclusion.

1. Providing advice and training regarding the sale of the trademarked products or services;

2. Exercising significant control over the operation of the licensee's business;

3. Restricting the customers licensee may serve;

4. Granting exclusive rights to sell products or services in specific territories; or,

5. Requiring licensees to purchase or sell specific quantities of products or services.

The "control" element is so broadly interpreted that the mere promise of assistance, even if unfilled, will satisfy this element.

Risks of Mischaracterizing the Business Relationship

California courts have little compassion for trademark owners that claim they did not know the law or argue that there was no intent to create a franchise. For example, in Gentis v. Safeguard Business Systems, 60 Cal. App. 4th 1294, 1297 (1998), the 2nd District Court of Appeal reviewed the relationship of a record keeping systems and office products supplier with its commissioned sales agents. The sales agents solicited orders, followed leads, and provided customer service, but did not control the terms of sales or close deals, could not make binding agreements, did not buy and resell goods, bought no inventory and did not handle customer billing or collection. However, the court found that the sales agents' role in occasionally distributing goods, guaranteeing customer payments and setting the price on certain items was enough to make the relationship a franchise.

These cases involve typical arrangements for the sale of goods or services identified by the licensor's trademark. In each case, the parties did not intend to form a franchise relationship, yet ultimately one was found. These situations frequently arise and force unsuspecting licensors to defend against franchise law allegations. For those that plan or later decide to franchise their concept, the DBO is likely to refuse registration unless the franchisor gives written notice of the violation to current operators and offers rescission of all agreements with them, and discloses to prospective franchisees its previous noncompliance with franchise laws.

The DBO closely monitors franchisor-franchisee arrangements and may assess penalties of $2,500 per violation of the California Franchise Investment Law. The DBO also has the authority to require franchisors to provide its franchisees with written notice of the violation, offer rescission of the franchise, and refund payments made by the rescinding franchisees. These unexpected consequences can prove painful to the accidental franchisor.

Unknowingly entering into a franchise arrangement creates unexpected risks and costs for all parties, not just the franchisor. Any person, including a franchisor's officers and sales people, who offers or sells a franchise in violation of the registration requirements is liable to the franchisee for damages. See Avcar v. Dollar System Rent-a-Car, 890 F.2d 165 (9th Cir. 1989). There are also civil and criminal sanctions, including possible felony prosecution. Corps. Code Section 31410; People v. Gonda, 138 Cal. App. 3d 775 (1982); People v. Kline, 110 Cal. App. 3d 597 (1982).

Attorneys are not immune from the consequences of their client's violation of franchise laws. When a problem occurs, a client may claim they were not properly advised by their lawyer regarding the implications of franchise laws. See, e.g., Pyramid Controls v. Siemens, 172 F.3d 516 (7th Cir. 1999); Beverly Hills Concepts v. Schatz, 717 A.2d 724 (Conn. 1998).

Licensing, distributorship and dealership arrangements are not franchises because they are missing at least one of the three elements of a franchise. For example, under a typical licensing arrangement, one company licenses another to sell its products or services in exchange for a specified amount of the proceeds without any additional involvement of the licensor. However, if the licensor provides additional support, such as training or promotional assistance that constitutes a sufficient amount of control, the licensor has become a franchisor.

In dealership and distributorship arrangements, independent businesses operate under their own trade names and usually buy products or services from another other party at wholesale prices and then resell them to the public. Neither party is substantially involved in the business affairs of the other. Generally, distributorship arrangements do not constitute franchises because the definition of a "fee" is not met. As discussed above, a "fee" does not include payment for the purchase of initial and ongoing inventory at bona fide wholesale prices. If the distributor begins to sell items not intended for resale, such as displays, sales kits, or advertising, the "fee" element may be triggered. Further, marketing and training assistance could trigger the "control" element and inadvertently turn the relationship into a franchise.

Franchise Registration. Non-franchise trademark licenses are private contracts. Licensors do not have to make public disclosure about their financial condition or other sensitive business information. Franchising, however, is a highly regulated industry. It is regulated by federal law and by many state laws. Under California's Franchise Investment Law, it is unlawful to offer or sell a "franchise" in California unless the offering has been registered with the DBO or it is exempt from registration. If an business relationship satisfies the elements of a franchise under California law, the franchisor must: (1) file a franchise disclosure document with the DBO outlining the franchise opportunity in detail and providing information regarding the franchisor's own background and business experience before entering into any discussions with potential franchisees; (2) disclose potential franchisees with its registered disclosure document and wait at least 14 full days before having the franchisee execute any franchise documents or accepting any payments; and, (3) obtain DBO approval for any "material modifications" to its registered franchise documents before presenting them to franchisees. These burdens are not imposed in licensing, distributorship and dealership relationships.

Why Franchise? Franchising can be a highly effective expansion strategy, and ambitious entrepreneurs have achieved success by joining proven, well-managed franchise systems in lieu of taking on the risk of creating their own independent businesses. Franchises have many advantages for both franchisors and franchisees. Creating a franchise system allows franchisors to expand already successful business concepts, achieve greater brand recognition, and diversify risk through the investments of its franchisees. Franchisees enjoy many notable benefits from the franchisor-franchisee relationship, including access to a proven business system, a wider customer base, greater brand name recognition, and a stronger market presence; group purchasing discounts, professional marketing, research and development benefits; continuing education and training; and support from their franchisor and other franchisees with similar goals, needs, and challenges.

The determination whether a license, distribution or dealership arrangement should be treated as a franchise must be made after a thorough analysis of your client's business structure. Understanding the basics of franchising will allow you to better advise your clients and, when necessary, will help you recognize when it is time to contact a franchise law specialist to assist you and your client through a potential minefield of unintended consequences. 

The top 10 legal issues for startups